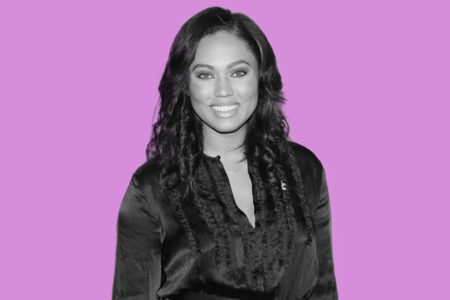 Ayesha Curry started trending Tuesday morning after the season premiere of Facebook’s Red Table Talk where Jada Pinkett Smith invited the women of the Curry clan to gather with the Smiths and talk about what it’s like to love a man in the public eye.

While Smith admitted that she doesn’t care when women throw themselves at her Hollywood husband—except for one or two times when the Baltimore jumped out of her because a woman, or two, had crossed the line—Curry kept it all the way real.

“I’m OK with it now,” she began in a tone not usually correlated with Canadians, who have a reputation for being overly nice. “The ladies will always be lurking and waiting for their moment but for me, I honestly hate it.”

Curry admitted in no uncertain terms that it “irks” her nerves when women flirt with her husband of nearly eight years, NBA champion Stephen Curry. It was so annoying she revealed the two even had a “conversation about it” to ensure that when the two of them are out, she’s always introduced.

“I don’t like to have to introduce myself. It irks my nerves. So I try and make that known. But there have been a couple of times when I wanted to punch somebody in the face. But that’s just human nature,” she continued.

I got it. I completely understood. I’ve been there before and will likely be there again when it comes to my handsome fiancé. In an age where monogamy is continually tested and disregarded, when reality shows like Love and Hip Hop indulge in the fodder of a man (it’s never the woman) cheating on their significant other, when statistically they’re more single people living in the U.S. than married, a married woman putting her foot down to say stay away from my man isn’t heard often. But it should be. 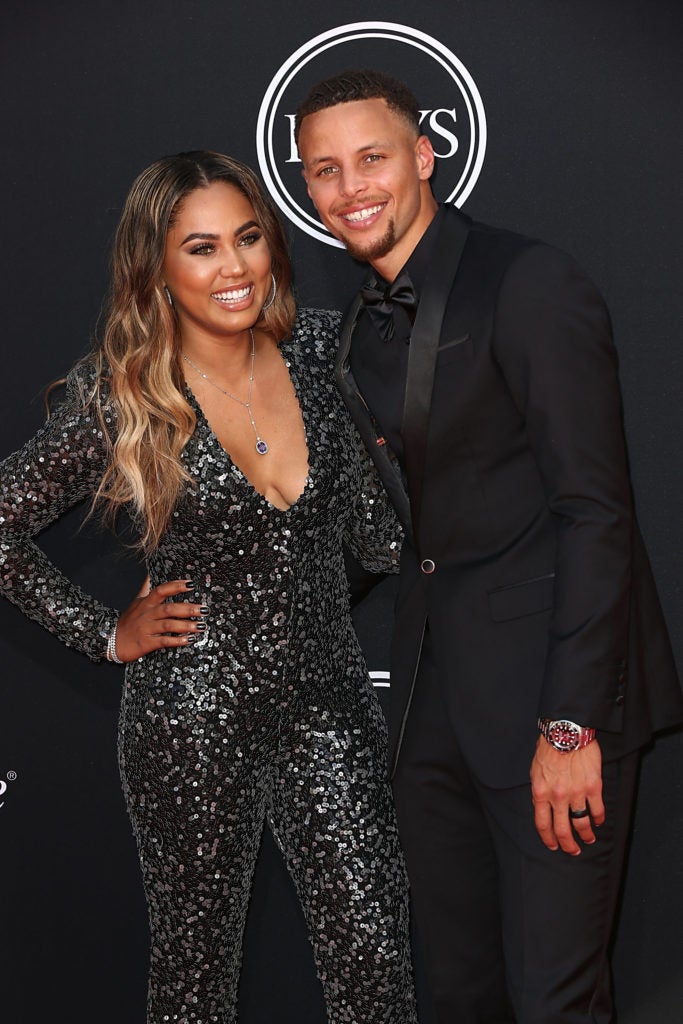 It confused many on social media when some were quick to criticize Curry for telling groupies to back away from the father of her three children. But it was Curry’s further admission that really got some folks up in arms.

“Something that really bothers me and has honestly, given me a little bit of an insecurity is like ‘Yeah, there are all these women throwing themselves [at Steph] but me, the past 10 years, I don’t have any of that,” she said at the red table. “It sounds weird but I have zero male attention.”

Curry said she’s even begun to “internalize it,” even wondering if something is wrong with her. “I don’t want it,” she said of other men’s affections, “but it would be nice to know that someone’s looking.”

What I heard was a wife’s honest admission of being fully human, of saying that although I have a man that many women would love to be with, there are times when even he’s not enough. There are times when I want to see if I still got it.

Men are allowed to admit this. Remember that 1995 Martin episode when Martin Lawrence’s character of the same name takes off his wedding ring “to see if he still got it”? He wasn’t dragged on social media (albeit there was no Twitter when Martin aired in the 90s). But he wasn’t dragged at all.

Some even accused Curry of being a “pick me” type of woman—you know, the type of woman who will do anything to be “chose” by a man, claiming on Twitter that she had a “merciless desire to be centered in male validation” even as a married woman.

As a feminist, even I understand that there has to be room for women like Curry who are brave enough to admit, in the face of mouth-watering trolls ready to break down her every thought, that although she’s married, she still becomes insecure in her marriage. That marriage, even one that seems quite perfect, doesn’t mean you’re excluded from feeling moments of insecurity, jealousy and even loneliness. 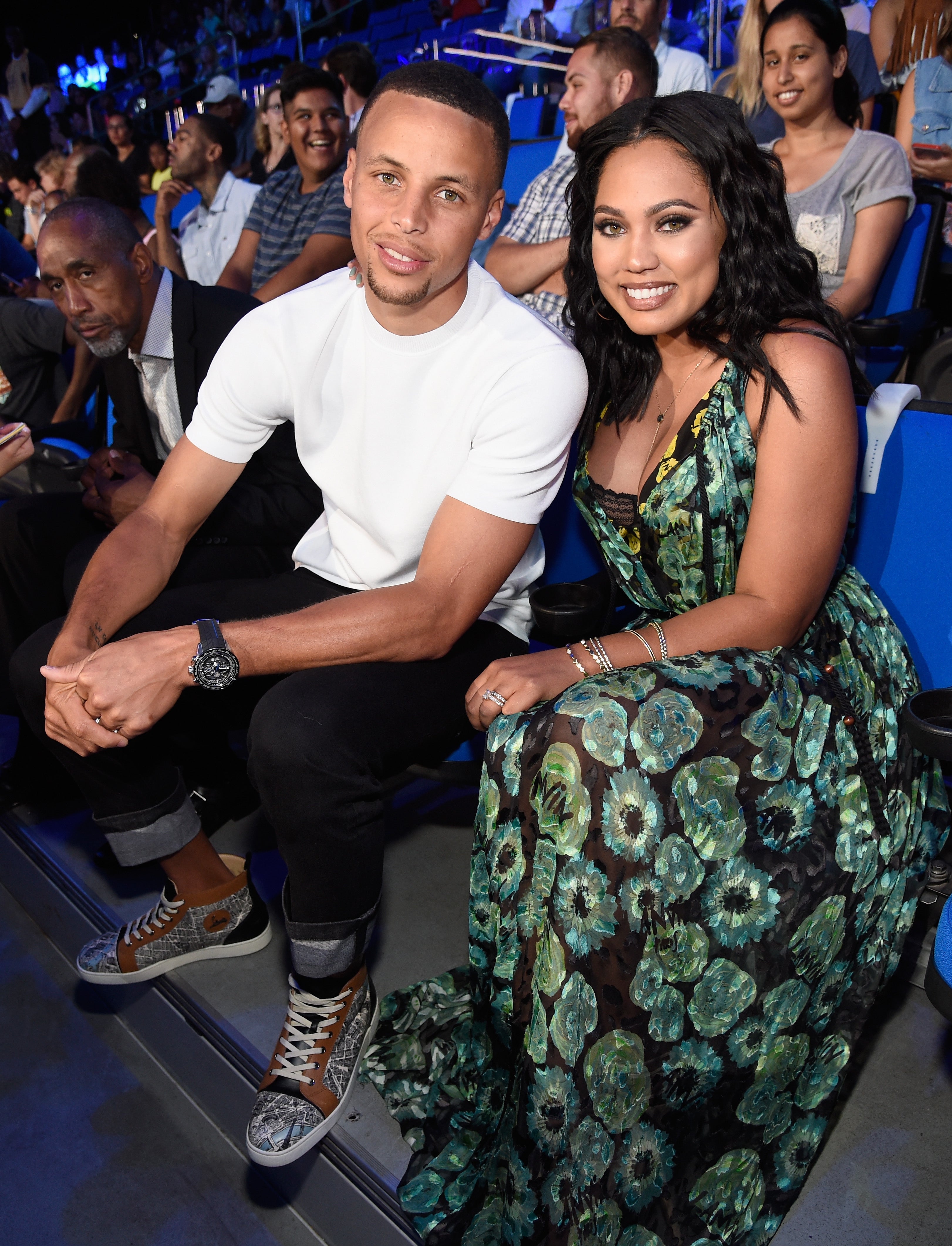 There has to be space for this because when we deny our humanity—the fact that we can be confident in our marriages and also anxious about them, how we can be secure in our partnerships but also suspicious, and we can be fulfilled in long-term relationships but also isolated—we deny the fullness of the human experience. It leads to fakery, pretending it’s all good when it’s not and even more issues that can splinter a solid marriage.

Yes, no woman needs validation from a man, ever. But that’s not the reality. (Your group chats alone prove otherwise, sis.) I spent many years unlearning to shape shift for men. I even wrote a whole book about how I turned down a marriage proposal because I had realized I contorted myself into someone I wasn’t, just for the love and attention of men. When I realized that all it took with a shift in my mindset—to have the courage to become the authority on myself—that’s when real love came into my life.

Still, I understand where Curry was…because I’ve been there too. And it doesn’t matter if I wear an “F” on my chest for my feminist ideals, that’s just what they are—ideals. And I strive for them every day in the face of my own insecurities, created and nurtured by a society steeped in patriarchy that is honestly hard to shake.

Curry ain’t here to pretend like it’s all good, even when she knows she’s going to be dragged for it because let’s face it, she’s been dragged before. She’s willing to lift open the curtain of the glamorous NBA wife life to let you know that everything that dribbles ain’t gold, even when she’s rocking his number on her back.