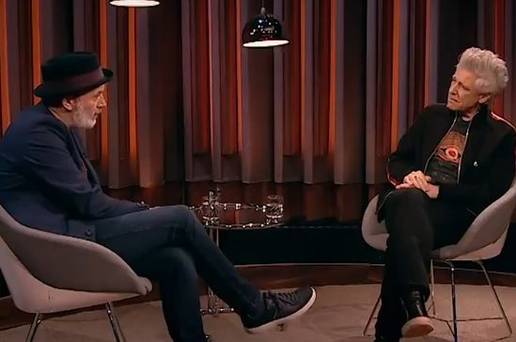 Adam Clayton has spoken about the impact of fame on his life and his battle with alcohol addiction.

The U2 bassist revealed that the band’s huge success across Ireland and the US when they were in their mid-twenties took a toll on his mental health.

Speaking to Tommy Tiernan on the comedian’s Saturday night chat show, Adam (59) revealed that he had attended boarding school as a teenager and “hated it”.  When he met Bono, The Edge, and Larry Mullen at Mount Temple Comprehensive, however, he said they “felt music could be our thing” and decided to strive for success in the US.

“Success very much went to my head,” he said.  “I think if you get everything your heart desires by – really we were making records by the time we were 20, by the time we were 25 and 26 we could pay our rent no problem, we owned cars, we could travel, and by the time The Joshua Tree hit we could buy a house – anyone I’ve met who’s experienced success and fame in that way in those years it takes them a long time to recover from it, and that sounds like a complaint but that’s just what happens.”

Speaking about the impact of that level of fame, he added, “You lose your sense of yourself you lose a sense of reality.  I was kind of very unhappy so I drank and I drugged and got myself in tabloid newspapers, and embarrassed kind of everyone I knew, and myself, but you know you come through it and you learn from it and maybe that’s what young men do anyway.”

Adam revealed that although it was alcohol which was his main problem, he still has to “work really quite hard at keeping my sanity on and off the road, and my thinking can take me to bad places, my thinking is not always reliable” although he says it is great to have the other band members to “check” him.

“We check each other” he added.

The reasons why addiction manifests itself are varied, he said, adding, “partly it’s your family of origin, what happens in your family of origin, whether you were nurtured or whatever, and party it’s whether you had a childhood trauma, and that childhood trauma doesn’t necessarily have to be losing a family member or whatever.  It can be a number of different things and perhaps separation from parents in other ways, so I think once you have that in your DNA you don’t feel comfortable.  You feel restless, you feel questioning, you feel irritable and you don’t know what to believe.  Once you have that programming it’s really hard to undo it and I think that’s what I went out into the world with.”

Adam revealed that he is happiest during his two hours on stage with U2 with he is entirely focused on the music and he knows exactly what he is doing.  He also spoke about an incident in Australia when the band was touring in 1993 which became a turning point in his journey.  He was not drinking at the time but on the eve of a recording of the Zoo TV show, he had two glasses of wine and cannot remember what happened next.

“I know about three days later I woke up and I had not turned up for a gig, in a stadium, that was being filmed, a lot of money resting on it, a lot of jeopardy,” he said.

“I had let the guys down, the three guys who had stood by me since the age of 16 or 17.  I mean I’m sure it was unimaginable to then that could have happened.  I let down the audience, I let down the road crew.  It was not a great place to be and if ever there was a moment of realisation, where you wake up and you go, ‘I have a problem and it’s bigger than me and I need some help’, that was it.”

Viewers praised both Tommy Tiernan as interviewer and Adam Clayton for his honesty on the show.

You can watch the full interview with Adam Clayton on The Tommy Tiernan Show on RTE Player.

Read more: Pat Stacey: The Tommy Tiernan Show has shaped up into the best Irish chat show in years

John Boland’s week in TV: Tommy Tiernan is still winging it but I’m starting to see the point