Plenty of celebrities have provided the internet with meme material. However, very few trended quite like Matthew Lillard and the ‘Ultra Instinct Shaggy’ meme. Known for playing the (usually) cowardly Scooby-Doo character Shaggy Rogers in both live-action and animation, Lillard’s Shaggy appeared in the most unusual place: a Warner Bros.’s Mortal Kombat movie. 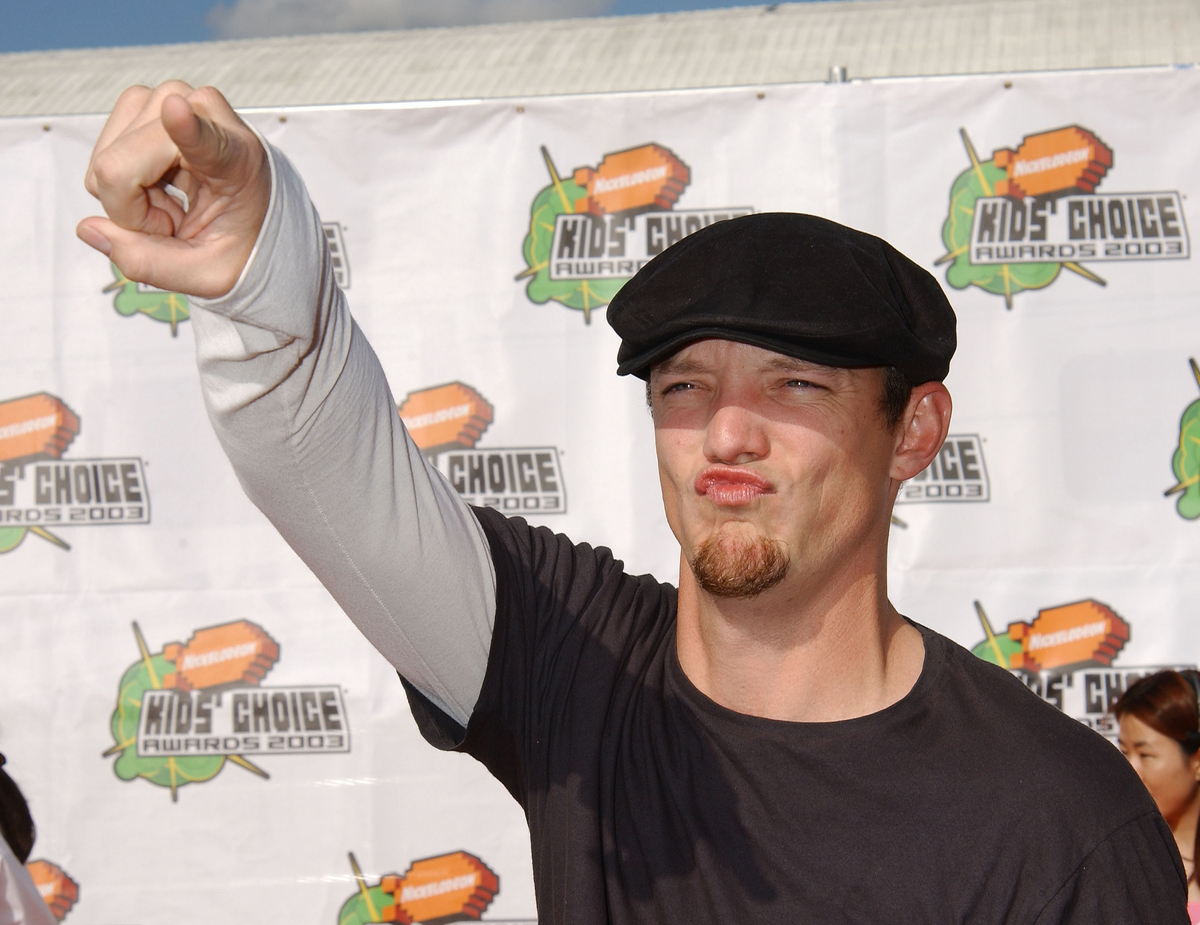 As with most internet humor, the ‘Ultra Instinct Shaggy’ joke requires multiple levels of pop-culture understanding.

Scooby-Doo, Where are You! first aired in 1969. With a new series or movie on air nearly every year since, most people grew up with some version of the Mystery Gang, including the often cowardly duo of Scooby-Doo and Shaggy Rogers.

In 2002, Matthew Lillard was cast as the live-action scruffy mystery solver in Scooby-Doo. While critically, the film was received as bad to middle-of-the-road, audiences liked Lillard as Shaggy. He took over the voice role from the original voice actor, Casey Kasem, in 2009.

In the 2011 movie Scooby-Doo! Legend of the Phantosaur Lillard’s Shaggy undergoes hypnosis to become fearless when he hears a keyword.

This leads to a scene where Shaggy effortlessly and confidently defeats an entire gang of bikers.

He was even compared to the anime Dragon Ball.

The anime Dragon Ball and its sequel series follow absurdly powerful fighters, namely Goku. As the fighting show has continued since the 80s, the characters have become more and more powerful.

Dragon Ball Super introduced the Ultra Instinct technique. Considered incredibly hard to master, only the best of the best could handle it.

Naturally, the internet thought this would be a perfect mashup with the unexpectedly powerful Shaggy.

Know Your Meme documents that on October 12th, 2017, YouTuber Midya posted a mashup video from the Scooby-Doo! Legend of the Phantosaur scene and the “Ultimate Battle” song from the Dragon Ball Super soundtrack.

The meme exploded in 2019. Two years later, and people still reference the viral video and the Ultra Instinct Shaggy character.

It even caught the attention of Ed Boon, creative director at NetherRealm and co-creator of the Mortal Kombat franchise.

A large fan pushed lobbied to Warner Bros. for Mortal Kombat 11 to addUltra Instinct Shaggy. Boon joined in on the joke, tweeting an “official” picture of Shaggy fighting in the game.

It was all fun and games until Ultra Instinct Shaggy actually appeared in the 2021 film Mortal Kombat Legends: Battle of the Realms.

In the opening logo, the character Scorpion practices his kicks and flips before Shaggy bursts out from the WB shield and grabs the character, emanating an intimidating green aura.

Matthew Lillard even steals Scorpion’s “get over here” catchphrase, shouting, “Like, get over here, man!”

Hollywood cannot ignore the internet masses with examples like Ultra Instinct Shaggy making a cameo and the Sonic the Hedgehog being heavily altered.

As internet culture bleeds into the mainstream more and more, Matthew Lillard may find himself playing a very different character than he signed on for 12 years ago.