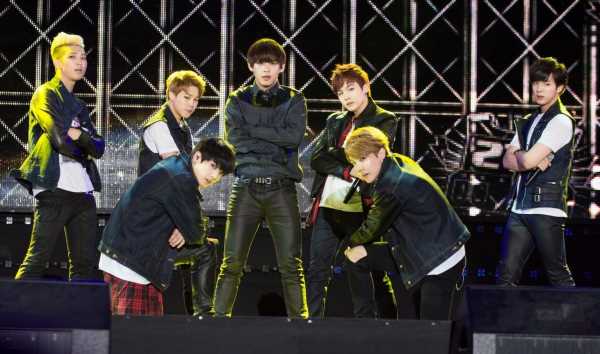 What started as a small K-pop group handing out flyers for a free concert became one of the biggest boy bands in the world. Some of their first songs, though, are very different from BTS’ current sound.

During one interview, BTS’ leader and rapper, RM, commented on their transition out of the 2 Cool 4 Skool era.

ARMYs grew up with BTS, watching them debut with Big Hit Entertainment, now HYBE Corporation, and earning dozens of awards and nominations. This K-pop group had humble beginnings, though.

Shortly after BTS released their “tough” debut album, 2 Cool 4 Skool, the group pivoted to create Most Beautiful Moment in Life. This 2016 release included songs like “I Need U,” “Save Me,” and “Butterfly.” It was a pretty stark contrast in the members’ image, as well as the themes of the music.

“Despite the name, Most Beautiful Moment in Life, that was actually a very tumultuous period for me and for us,” RM said during an interview with Rolling Stone. “There was the tough image we had in 2 Cool 4 Skool, in those early stages, a sort of exaggerated expression of toughness and that angst.

“And then we sort of slowed down a little bit and tried to express the emotions of young people who have really nothing more than dreams,” he continued. “It was a more honest sort of expression, and we witnessed how it was resonating with a lot of people.”

As a group from a small label, BTS had more freedom than other K-pop groups. That allowed members like RM, J-Hope, and Suga to eventually write and produce original songs, some of which became fan favorites.

With over seven years since the release of 2 Cool 4 Skool, BTS became one of the biggest boy bands in the world. They earned their first Grammy nomination in addition to millions of streams on platforms like Spotify. Even “No More Dream” has over 90 million plays.

BTS branched out to create solo music and chart-topping singles

Since then, this K-pop group has worked on expressing parts of their individual styles, even creating solo music and group songs in other music genres and other languages. Jimin showed off his dancing roots with the “Black Swan” choreography, while V showcased his “soulful” voice with the song “Singularity.”

“Dynamite,” BTS’ first No. 1 hit on the Billboard Hot 100 chart, was the boy band’s first song performed entirely in English. Of course, their personalities shine during interviews, live streams, and with posts on social media.

Music by BTS, including Most Beautiful Moment in Life is available on most major streaming platforms, including Spotify and Apple Music.