Hoda Kotb and Savannah Guthrie got animated on the Today show when they had a hilarious ‘face-off’ live on-air.

Savannah took to Instagram to share photos which captured their expressions as they had a conversation in front of the cameras.

MORE: Al Roker and wife Deborah Roberts in disbelief over son Nick: ‘How did this happen?’

The moment caught them enjoying a game of Wordle and the TV stars pulled the best faces as they attempted to work out the answers.

Savannah captioned the photos: “This is us @hodakotb and I love it!!! It is a facial expression fiesta. And yes she gave me the Wordle answer.”

Fans also adored the moment between the stars and commented: “I love you guys,” and, “Those face expression shows you two are the true friends for sure,” while a third added: “Great photo”.

The duo recently revealed they have a new project in the works and it will take them away from NBC.
Savannah and Hoda are set to appear together at BravoCon 2022, where they’ll grill Andy Cohen.

Savannah and Hoda put on a very animated display

They’ll put the fellow host in the hot seat, as they moderate the “Ask Andy” panel during Bravo’s three-day fan convention this month.

The event, which makes its highly anticipated return on 14 October, will run through the 16th, and it is the first time it returns to New York City following a two-year hiatus due to pandemic related restrictions.

MORE: Savannah Guthrie wows in stylish swimsuit photo with a twist during evening by the pool

MORE: Today’s Savannah Guthrie was ‘mad’ at her co-star Hoda Kotb after the star didn’t listen to her

The network previously announced that the event, which in 2019 sold out in under a minute, will feature “various cast and executive producer panels, interactive photo opportunities and exclusive sneak-peek screenings of upcoming highly anticipated series.” 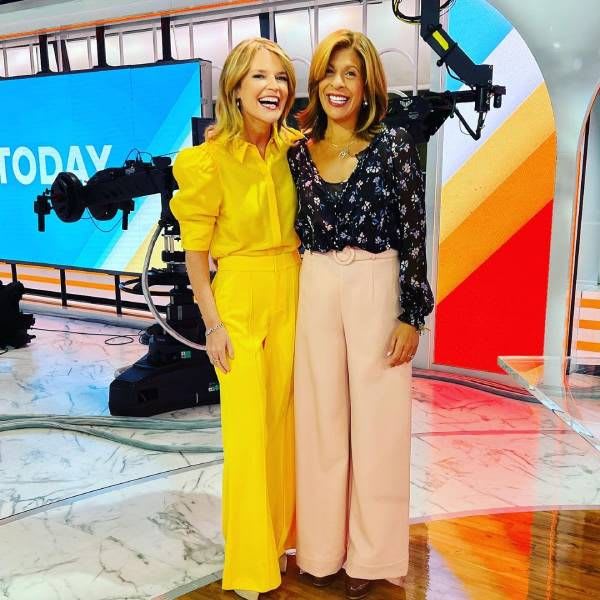 The two are clearly back in action and ready to work, on Today and beyond, after a summer full of busy vacations and time apart. Earlier in September, Savannah commemorated their reunion with a slew of photos back in NBC studios as summer dwindled down.

Viewers were thrilled to have them both back on air together as they’d missed their fun interactions.