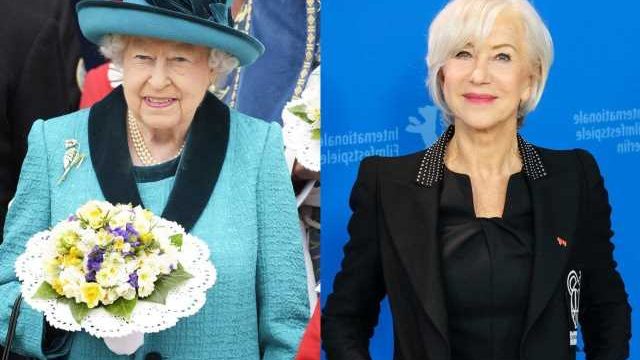 When promoting latest project ‘The Music of Kings and Queens’, ‘The Queen’ actress claimss she will never be a royalist, but admits that the British monarch does have a calm consistency about her.

AceShowbiz -Dame Helen Mirren has heaped praise on The Queen, insisting she has always admired Her Majesty’s open-mindedness.

In a new interview to promote her latest project “The Music of Kings and Queens”, which was unveiled to mark Elizabeth II’s recent 95th birthday, the actress, who won an Oscar for her portrayal of The Queen, admits she’ll never be a royalist – but she loves the royal family’s matriarch.

“The Queen is very consistent. She’s never put on weight but she’s never been too thin, she drinks but we’ve never seen her drink too much. She has banquets, but never eats too much. There is just an incredible, calm consistency about her.”

Devised by producer and director Simon Brooks-Ward, “The Music of Kings and Queens” will feature music composed by Debbie Wiseman. About teaming up with Debbie and actor Damian Lewis for the project, Mirren said, “I have enjoyed the opportunity to work with Debbie on the musical journey into royal history.”

“It was a privilege to record the words with Damian and to be part of celebrating Her Majesty The Queen’s 95th birthday. Debbie has done a marvellous job composing and recording the music,” she continued. “We may not remember most of our prime ministers, politicians, military or even ground-breaking scientists but we will have a good grasp of our kings and queens who have shaped our Nation. This is their story and their legacy.”