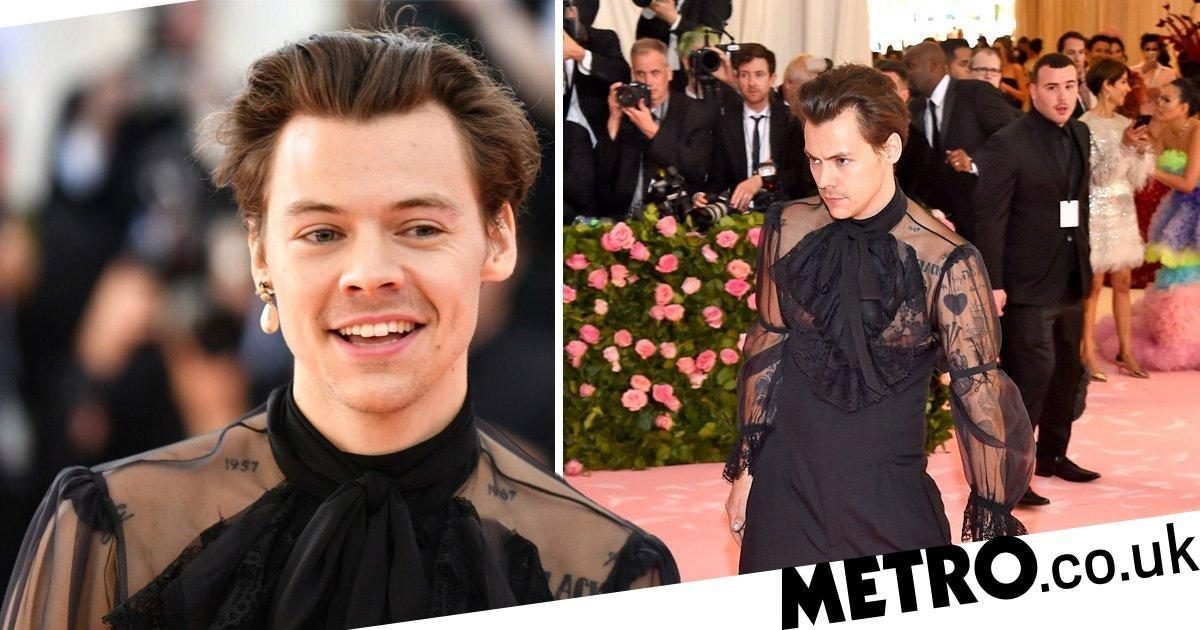 Especially after he’s been spotted on a number of occasions wearing both heeled boots and flamboyant suits.

However, we’ll let the popstar off – as it is his very first appearance at the lavish ceremony.

The Sweet Creature hitmaker walked the carpet with Alessandro Michele, who appeared to have gone all out with his design.

Dressed in a bright pink shiny one piece, the Gucci creative director had matched his outfit with a silver crown.

The duo appeared to be in high spirits as they enjoyed the evening with alongside some of the most well known A-listers.

Joining Harry on the red carpet was Lady Gaga, who absolutely won the night with her three costume changes.

Yes, despite starting off dressed in a cerise pink gown, the pop royalty slowly stripped off to her underwear – revealing two other outfits in the meantime.

The pair will be joined by the likes of Miley Cyrus, Serena Williams and Karlie Kloss who have all taken to Instagram to document themselves getting ready.

As well as this, Kim Kardashian will also be in attendance and decided to share a series of throwbacks to her past outfits at the Met Gala.

MORE: Met Gala 2019: Lady Gaga has already won the red carpet as she strips off to mesh lingerie