Harry Hamlin is opening up about a past romance.

The actor, 69, reflected on his time working on 1981’s “Clash of the Titans,” which is where he met his former longtime partner Ursula Andress.

The star remembered becoming familiar with Andress when he was just a child – she is 16 years older than him – when he saw the first James Bond flick “Dr. No.”

“Not only had I seen ‘Dr. No,’ but for some unknown reason my parents gave me a five-year subscription to Playboy for Christmas when I was 12,” he told Yahoo Entertainment. “I never knew why they did that. Now that I have kids, I think, ‘That’s an odd thing to do!'” 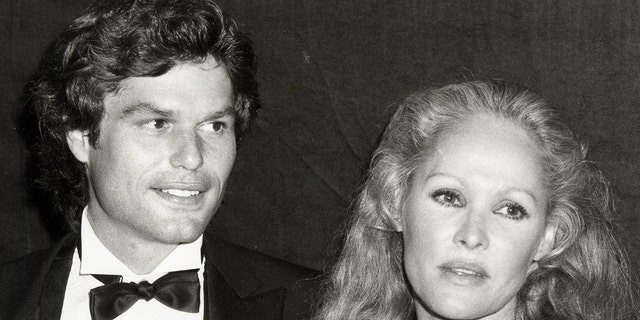 Harry Hamlin and Ursala Andress were together from 1979-1983. (Getty Images)

The star continued: “But Ursula was featured in one of those Playboys, and I remember that very well. I don’t think I’d told her that when we first met. I’m not sure I said, ‘By the way, Ursula, I loved your layout in Playboy when I was 13!'”

The two shared no scenes in “Clash,” but that didn’t stop them from striking up a romance after meeting at a cast dinner in London.

“Everyone came, and they sat me next to Ursula,” Hamlin remembered. “I didn’t know what to say to her exactly, but somehow the subject of flea markets came up, and I said that I’d been to a flea market the week before I flew over to London. When we got to Rome to start filming there, she called me at the hotel one day and said, ‘I’m only five houses down from the hotel, and there’s a flea market tomorrow on the Porta Portese. Do you want to go?'”

He added: “So that’s how that happened!” 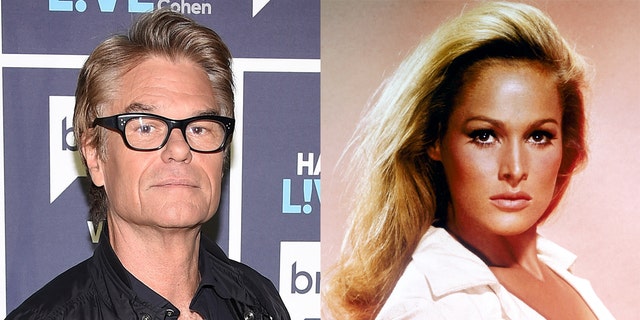 Harry Hamlin revealed that he and Ursula Andress met at a cast dinner.
(Getty Images)

The romance didn’t come without its obstacles though, as “Clash” director Desmond Davis kept a watchful eye on Hamlin because he suspected the actor was involved in a second on-set romance.

“He thought I was having it off with someone from the makeup department, and he was also enamored with that person,” the Emmy nominee recalled. “He was totally jealous of me the whole time! He would stay on the same floor as me in the hotel to keep his door open and see whether or not I was running off into the makeup woman’s room. I would say to him, ‘Desmond, I don’t know her. She just does my makeup!’ But he was fixated on that the whole time; it was very odd.”

Regardless, Hamlin and Andress, now 85, had a long-term relationship from 1979-1983 and have a son, Dmitri, who is now 41. Between then and now, Hamlin has been married to three more actresses: Laura Johnson, Nicolette Sheridan and his current wife, Lisa Rinna.