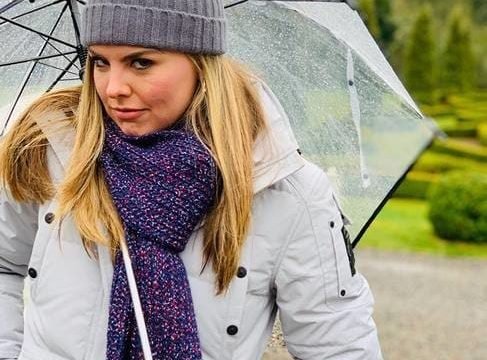 We’re just days away from the premiere of Hannah Brown’s season of The Bachelorette, and as expected, the ABC promotional machine is going full steam ahead.

As part of the effort to drum up interest and remind fans of what drew them to the series in the first place, host Chris Harrison presided over the largest-ever Bachelorette reunion — a gathering of most of the stars from the show’s previous 14 seasons.

But it seems that for many, the reunion special (which debuted Wednesday night) had the opposite of its intended effect.

The sight of all those beloved Bachelorettes of yore reminded some viewers that Hannah Brown is a very … untraditional choice for the wildly popular dating competition.

In the past, the show mostly played it safe when choosing the woman who will be handing out the roses.

However, the decision to cast Hannah was so controversial that even some of the franchise’s biggest stars felt the need to speak out.

“This is a little intimidating for her. It’s a little scary, it’s a little wild and she isn’t prepped for it,” said former Bachelor star Ben Higgins (though he later retracted his comments).

“It’s just random. Like, why?” Corrine Olympios said when asked for her thoughts on Hannah’s casting.

“She wasn’t my first choice or my favorite.”

During her stint on The Bachelor, there were times when it seemed that Hannah herself questioned whether she belonged on camera.

Her conflict with fellow contestant Caelynn Miller-Keyes often left her in tears, and at various times she dubbed herself a “hot mess” and a “beast” (the latter caught on as an endearing nickname).

So why would producers choose her to star in her own season of a show that relies heavily on the charisma of its central lead?

Well, for starters, most of the criticism against Hannah is based on subjective observations about her personality, so allow us to go to bat for the former beauty queen:

Hannah possesses an awkward, self-deprecating charm seldom found in reality stars (particularly ones whose first taste of the limelight came from competing in pageants).

There’s no denying that she’s different from what we’ve seen previously — but that’s not necessarily a bad thing, particularly when it comes to reality shows that long ago surpassed the one-decade mark.

The pop cultural landscape in which The Bachelor and The Bachelorette first premiered is markedly different from the one we live in today.

Potential viewers have much, much more on their plate with regard to entertainment options, and as a result, long-running network reality series are a dying breed.

And so, Harrison and company made the savvy decision to adapt.

With Colton Underwood, they gave us something entirely new — a 26-year-old virgin prone to emotional outbursts and episodes of intense self-doubt.

The result was one of the show’s more entertaining seasons in recent memory.

So are viewers more willing to tolerate idiosyncrasy in men than in women?

Most likely, but that doesn’t change the fact that Hannah seems likely to offer up something new and compelling to those who are willing to give her a chance.

And frankly, we can’t wait for the breath of fresh air.