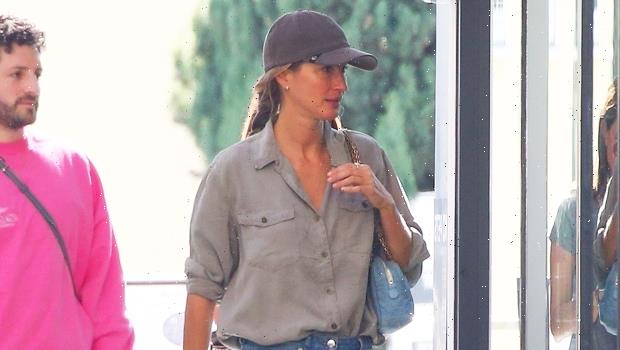 The Brazilian model looked naturally gorgeous in a button-up shirt and denim jeans while grocery shopping by herself in Los Angeles.

Gisele Bundchen, 41, enjoyed a recent trip to the grocery store in Los Angeles. The wife of Tom Brady was spotted wearing no makeup on Tuesday, March 22 at Erewhon Market, where she picked up a few bags of groceries while dressed in a button up-shirt tucked into a pair of denim jeans. The Brazilian bombshell‘s look also included a tan hat and white sneakers. Plus, Gisele had a small blue purse on her shoulder and a stunning gold bracelet on her left wrist. 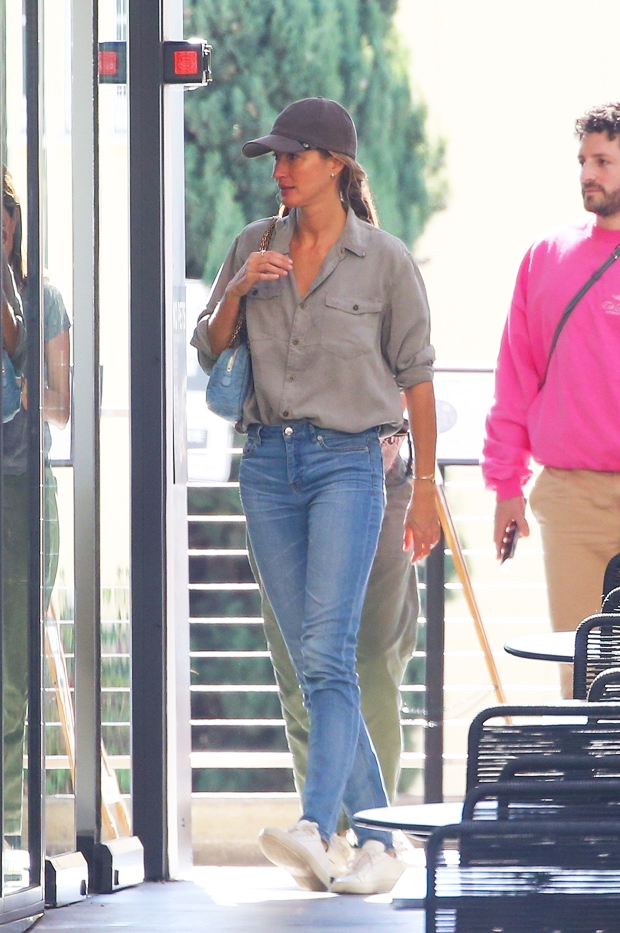 Gisele appeared to be doing the grocery shopping solo. Tom, 44, wasn’t with his wife of 13 years at the market. He’s probably busy training for the next NFL season after reversing his decision to retire from the sport he’s dominated the past 20 years. The all-star quarterback will be back with the Tampa Bay Buccaneers for his 23rd NFL season.

Gisele was so supportive once her husband quickly came out of retirement. “Here we go again!” she commented on his March 13 announcement post. “Let’s go lovvvey! Let’s go Bucs!” We can expect to see Gisele rooting Tom on at the Buccaneers games later this year. She’ll probably be there with their kids Benjamin, 12, and Vivian, 9, as well as Tom’s son Jack, 14, whom he shares with his ex, Bridget Moynahan. 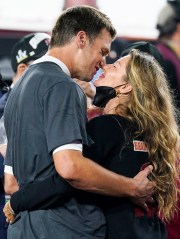 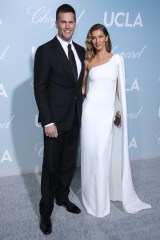 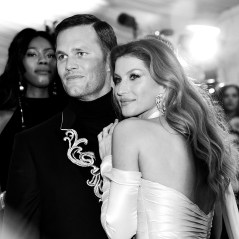 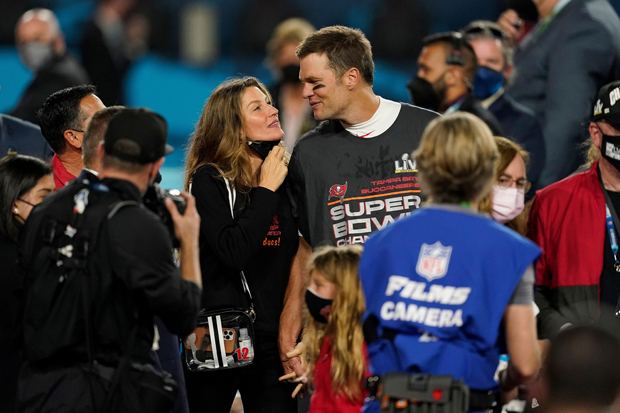 It was on Feb. 1 that Tom revealed he would be retiring from football after a legendary career. During the down-time following his announcement, he took a trip with Gisele and the kids to Costa Rica, and after re-charging he seemingly changed his mind. “These past two months I have realized my place is still on the field and not in the stands,” Tom explained on March 13. “That time will come. But it is not now.”