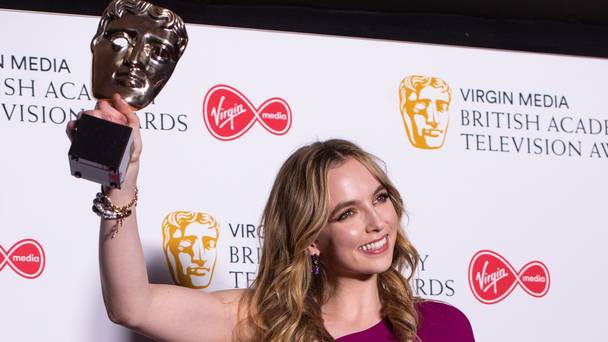 It was the year that women dominated television, from the first female ‘Doctor Who’ to ‘Killing Eve’ and the killing off of Keeley Hawes in ‘Bodyguard’.

The Bafta TV awards stuck to the script, with ‘Killing Eve’ winning best drama, accepted by its creator Phoebe Waller-Bridge, and ‘Bodyguard’s most heart-stopping scene being named the year’s must-see moment.

Comer dedicated the award to her late grandmother. “She never got to see Villanelle but she was the life and soul of everything when she was here,” she said.

Irish actress Fiona Shaw won best supporting actress for her role as spy chief Carolyn Martens in ‘Killing Eve’, her first Bafta nomination. She called playing the role “probably the greatest pleasure of my life” and thanked Waller-Bridge for her “glass-shattering genius”.

‘Derry Girls’ lost out in the best scripted comedy category to ‘Sally4Ever’, while Lucy Worsley won the specialist factual award for her documentary ‘Suffragettes’.

Virgin Media’s Must-See Moment, chosen by the public, went to the scene in ‘Bodyguard’ where Hawes’ character was assassinated.

If the past 12 months have also seen women promoted to top jobs at the BBC, the Bafta host, Graham Norton, was on hand to poke fun at the corporation’s gender pay gap. Referring to the all-female line-up of ‘Newsnight’ and Fiona Bruce hosting ‘Question Time’, Norton quipped: “It’s not only great for equality, but it saves the BBC a fortune.”

‘Patrick Melrose’, the Sky Atlantic drama, won best miniseries, and star Benedict Cumberbatch best actor. “I’m used to being a bridesmaid, not the bride,” he said.