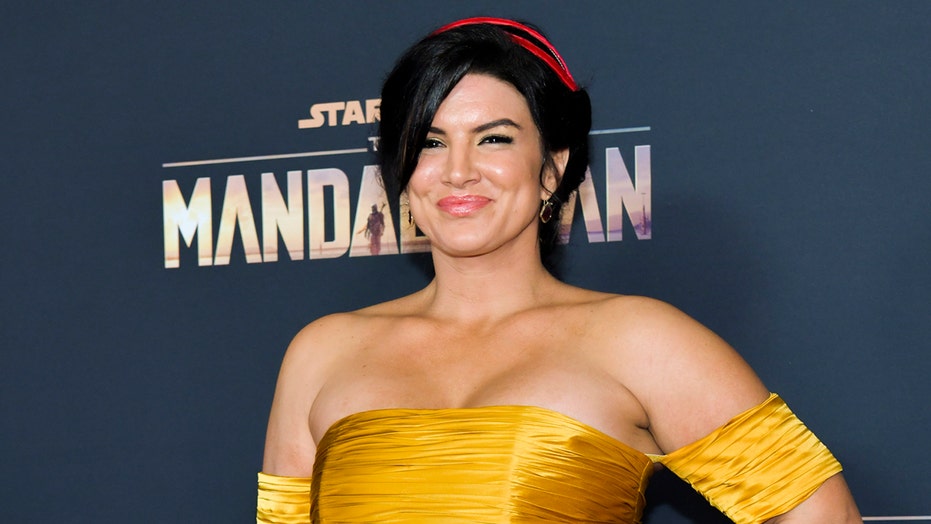 Gina Carano was reportedly dropped from her role on “The Mandalorian” following backlash she received for a social media post in which she compared today’s political divide to the events in Nazi Germany.

The conservative actress, who played Cara Dune on the popular Disney+ series, is “not currently employed by” Lucasfilm, the company confirmed in a statement Wednesday. Additionally, the statement said that “there are no plans for” the actress to be employed by Lucasfilm “in the future.”

Carano, 38, has drawn ire in the past over various political statements that have irked fans, such as messages about face masks and voter fraud. Her comments this week, however, created quite the divide among social media users, with some calling for the actress’ firing with the hashtag #FireGinaCarano while others ripped Disney — parent company to Lucasfilm and the “Star Wars” franchise — and its streaming service Disney+. 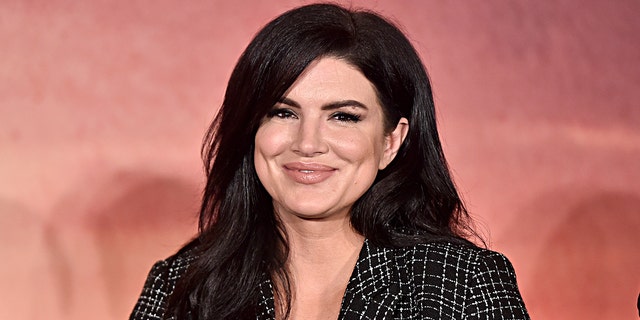 Actor Gina Carano of Lucasfilm’s ‘The Mandalorian’ at the Disney+ Global Press Day on October 19, 2019 in Los Angeles, California. Lucasfilm announced Wednesday she is ‘not currently employed’ by the company following backlash she received for controversial tweets.
(Alberto E. Rodriguez/Getty Images for Disney)

“Really sad about @ginacarano not being in @themandalorian anymore, I really liked Cara Dune, she was so bada–, but I’m utterly disappointed to find out she’s an anti-masker, alt-righter, q-anoner, transphobic Trump supporter??! Girl… WTF,” one person tweeted.

“Also Gina Carano was fortunate to not be fired for a LOT of the other things she said previously. I would be fired from my job if I said some of those things! Being famous doesn’t make you untouchable, or at least it shouldn’t,” another Twitter user reacted.

“People defending #GinaCarano need to have a word with themselves. Stop defending people being racist. Racism is racism. It’s rather telling that she deleted the tweets,” another person said.

One person labeled Carano as a “white supremacist” and argued Disney+ and Lucasfilm can fire whomever they want because they are private companies.

“If they do not want a white supremacist/anti-semitic person working 4 them, they can take appropriate measures 2 remove that person from their payroll. #GinaCarano must learn words & actions have consequences. If not, oh well,” the person said. 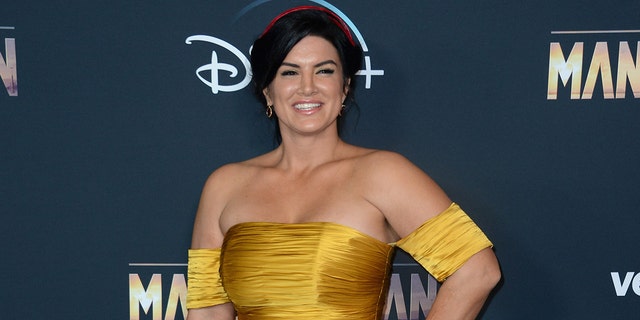 Lucasfilm confirmed Wednesday Carano is ‘not currently employed’ by the company amid backlash she received on social media.
(Albert L. Ortega/Getty Images)

“There is no need to #CancelDisneyPlus @ginacarano deserved to be fired and Lucasfilm/Disney made the right call, just write her character off or recast now,” said one person.

“y’all who are saying #CancelDisneyPlus are just embarrassing at this point gina carano is a f–king horrible person,” another chimed in.

Some social media users shared proof they had begun canceling their Disney+ subscriptions. “I am tired of mob rule and cancel culture,” one person tweeted.

Others called for Disney+ to be canceled by arguing that Carano’s tweets weren’t insensitive.

“Actually, she shared a post which said that the crimes of Nazi Germany were built up to via hatred & division, comparing that to the demonising (sic) of conservatives. It’s certainly a bit much, but it’s demonstrating a principle & sharing a fear. Clearly mischaracterized (sic). #GinaCarano,” one person said.

“@Disney you drop @ginacarano and you will lose tons of subscribers and fans of that show.. she better be hired back or you’ll see a boycott like never before,” one fan appeared to threaten.

“LOL!!! The hypocrisy of Disney to fire Gina after pandering to propaganda in China and filming near a muslim concentration camp. #CancelDisneyPlus #GinaCarano,” another wrote. 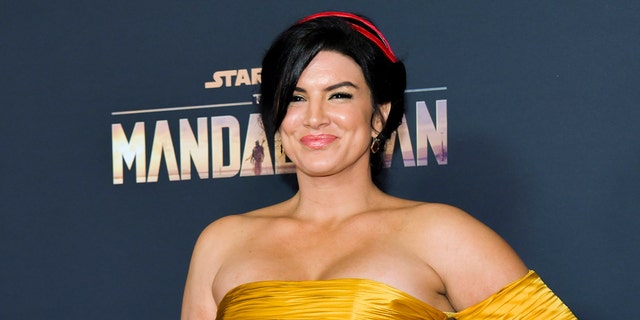 Twitter was ablaze with criticism against Gina Carano this week, with the hashtag #FireGinaCarano trending before Disney+ came under fire once it was revealed she’s no longer employed by Lucasfilm.
(Rodin Eckenroth/FilmMagic)

One user added: “Gina Carano was fired for AWC – Acting While Conservative. The only surprise was that it took this long for Hollywood to find an excuse. #CancelDisneyPlus.”

According to Variety, the backlash against Carano, 38, began when she shared a message on the social media platform in which she compared today’s political divide to the events in Nazi Germany.

“Jews were beaten in the streets, not by Nazi soldiers but by their neighbors…even by children. Because history is edited, most people today don’t realize that to get to the point where Nazi soldiers could easily round up thousands of Jews, the government first made their own neighbors hate them simply for being Jews. How is that any different from hating someone for their political views,” read the post, which was originally composed by another account.

A second post contained a photo of a person wearing cloth masks to cover their face and head with the caption: “Meanwhile in California.” The outlet reports that both posts were removed from her Instagram by Wednesday afternoon.

Others remained, however, including one that reportedly read, “Expecting everyone you encounter to agree with every belief or view you hold is f–king wild,” as well as another that said, “Jeff Epstein didn’t kill himself.”

Carano played Cara Dune in seven episodes of “The Mandalorian” across its first two seasons in 2019 and 2020. She was rumored to be the center of the upcoming “Mandalorian” spin-off “Rangers of the New Republic” at Disney+, but Disney has not announced casting for the show.

Reps for the star and Disney did not immediately respond to Fox News’ request for comment. 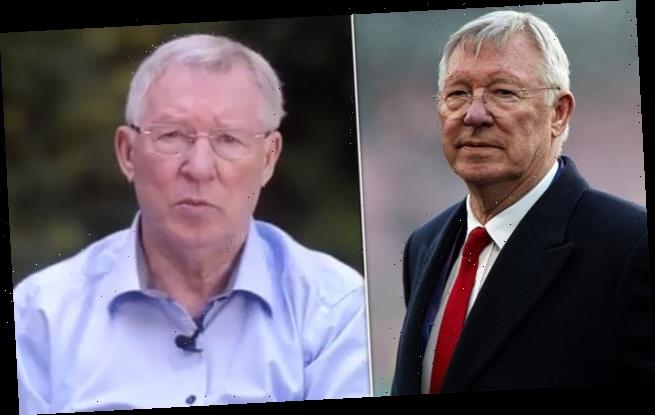