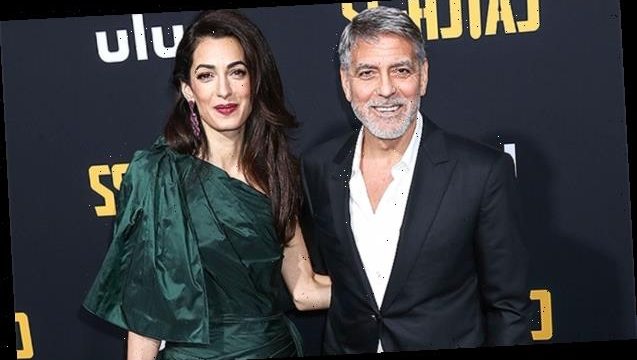 George Clooney opened up about the heartwarming gesture he’s a ‘big believer’ in when it comes to keeping the spark of his romance with wife Amal alive after nearly seven years of marriage and two children.

George Clooney is definitely a romantic at heart. The actor, 59, chatted with AARP about his time in lockdown amid the COVID-19 pandemic and maturing throughout his life and career. Naturally, the conversation quickly turned to his accomplished wife, Amal Clooney, and the couple’s two children — twins Ella and Alexander, 3. The Ocean’s Eleven star got very candid about the thoughtful way he and his wife keep their love as strong as ever — writing love letters!

“Even in lockdown [during the coronavirus pandemic], I’ll write a letter and slip it on her desk, or she’ll write a letter and leave it under the pillow; I’m a big believer in letters,” George said of the classic love letters he and Amal write one another. As it turns out, writing letters is a big part of George’s life. “I have letters from Paul Newman, Walter Cronkite, Gregory Peck. I have them framed. I put them in the house,” he revealed of his treasures.

“If it were a text, it would feel different,” George went on. “Maybe that’s a generational thing, and maybe it won’t be that way 20 years from now, but for me, somebody sat down and wrote it.” It’s such a lovely way for Amal and George to document their love over the years. But they often find those moments a tad difficult to find as they raise their rambunctious three-year-olds.

And it’s more than just the letter-writing that George confessed is the traditional part of his personality. The actor also revealed that, when it came to naming his two children, he didn’t want to give them “weird-a** names.” He explained of his children’s circumstances, “They’re already going to have enough trouble. It’s hard being the son of somebody famous and successful.”

George and Amal’s relationship has been a model of support and love since the pair got together in 2014. The two got engaged in April of that year, before exchanging their vows and obtaining marriage licenses in August, mere months later. On June 6, 2017, Amal and George became parents to their precious little ones. It’s been wonderful for fans to get a glimpse into George’s life with his wife and children. Perhaps one day we’ll learn what some of those love letters said!