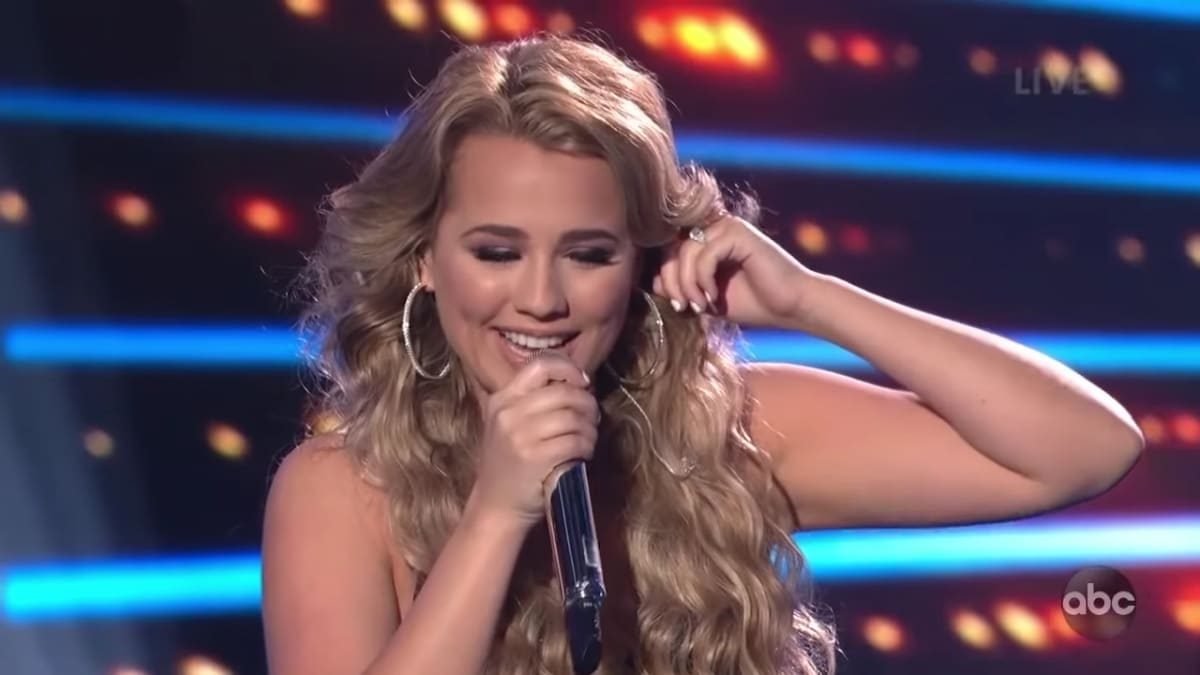 On the latest episode of American Idol, Gabby Barrett returned to perform her new song, I Hope. While she was there, Gabby gave an update on everything that has happened since she appeared on the singing competition and it looks like she’s been a busy lady!

In addition to getting signed by a label, the former American Idol contestant Gabby Barrett got engaged to co-contestant Cade Foehner in March. The couple announced their engagement on Friday, March 22, during an interview with People.

Foehner, 22, also took to Twitter to announce their engagement.

Since Gabby and Cade announced their engagement, fans have been asking questions about their relationship. Here is everything you need to know about the couple.

Foehner popped the question in the L.A. hotel room where they met as Idol contestants

Gabby revealed in the interview with People that Cade popped the question at the hotel in L.A. where they first met as co-contestants on American Idol.

“The hotel we were staying at while we were there was the same one me and Cade met and hung out in for the first time during Idol,” she said. “So I told Cade we have to go back and check out the room, and he agreed.”

The couple had a photographer with them who suggested that they take photos together in the room.

Cade hadn’t planned to propose during their L.A. trip

Although he had planned to propose to Gabby and had purchased a ring, Cade hadn’t planned to propose during their L.A. trip so he did not travel with the ring. But after they decided to stay at the same hotel where they first met, he realized that it provided a perfect setting for a proposal so he called his sister and asked her to ship the ring so that he could propose.

They did a photo shoot in the room where they first met and when the photographer paused to switch lenses, Foehner got down on his knees and proposed.

Gabby hadn’t expected anything to come out of their friendship

Gabby said that when she first met Cade she thought he was cute but she didn’t think “there was going to be anything that came out of it.”

But before they realized it, they had fallen in love with each other.

Gabby and Cade are religious

Cade told People that he and Gabby are conducting their pre-marital relations with strict adherence to the standards of their religious beliefs. The couple actually traveled to L.A. where Foehner proposed to see their pastor and attend pre-marital counseling.

“We do not date like most people do,” Foehner told People. “We strive for a biblical relationship, so that requires a lot of strength in other areas. We are trying to be holy in our relationship. So we cannot physically do five years. We both know—we’ve talked about it and prayed about it.”

Cade was attracted to Gabby because of her love for God

Cade told People that he was attracted to Gabby because of “her love for God.”

“That [her love for God] rocked my world from start,” he said. “Her humility and who she is as a woman is wrapped up in her beliefs in God. Having that pushes you to want to be humble and want to live a life like Christ.”

They acknowledged that many people believe they are too young marry

Gabby and Cade acknowledged that some people believe they are too young to marry. But they said they are prepared for what is ahead.

“What’s the sense in sitting around and waiting around to be married?” Cade asked. “I’m ready to do this thing and when I’m 80 years old I’m going to look back at the time I wasted not being her husband.”

Barrett and Foehner confirmed that their former American Idol judges Kate Perry, Luke Bryan and Lionel are on their wedding invite list.

“The judges are like family to us,” Barrett said. “Idol was the very beginning of our love story and we would love for all of our family to be there.”