Fern Britton has spoken candidly about decluttering her house on Twitter today. The presenter said she “couldn’t face” certain things, eight months after her split from Phil Vickery.

I found I couldn’t face it

The 63-year-old talked “good and bad emotions” that had been sparked in view of her 77,000 followers.

The small screen favourite said the “trouble” she’d had sifting through had been too great.

She instead says she had hired “two incredble women” to help her out.

Fern said a “weight has been lifted” since she handed the job over. 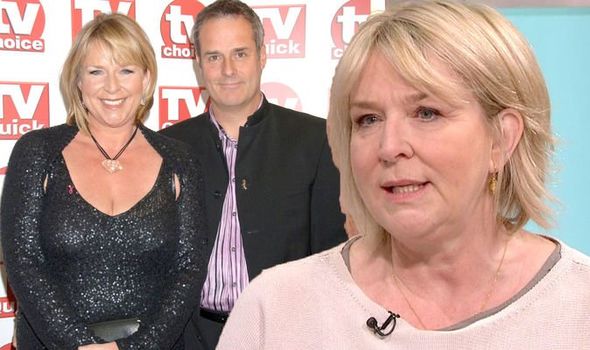 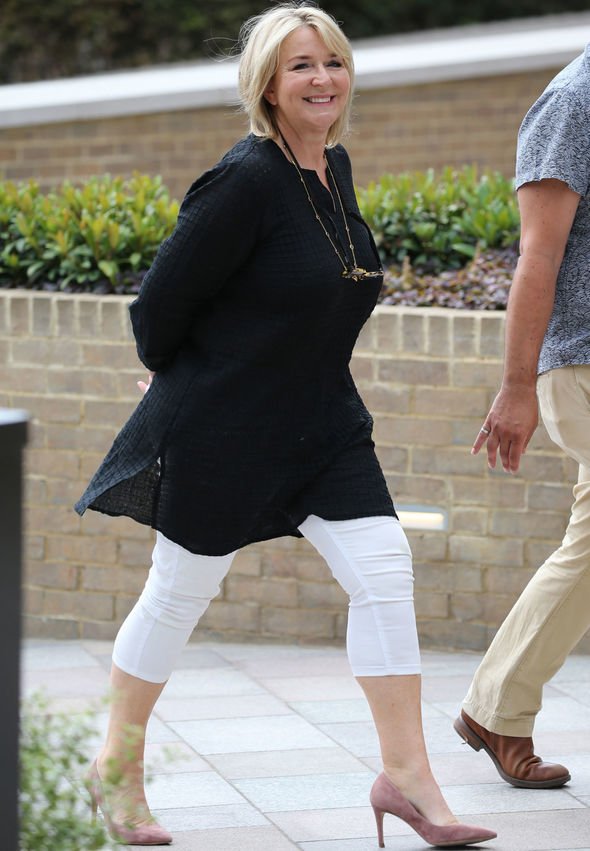 The author is believed to be living in Cornwall, following the breakdown of her marriage to the chef, 59.

She tweeted: “I am having trouble opening packing cases that contain many items that bring back good/bad emotions.”

“I found I couldn’t face it,” Fern continued. “But today, 2 incredible women, pro declutterers, have arrived to sort it all out.”

The star did not go into details about what it was she had been looking through at her property. 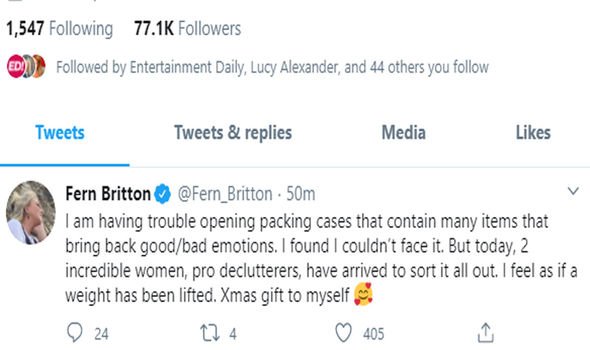 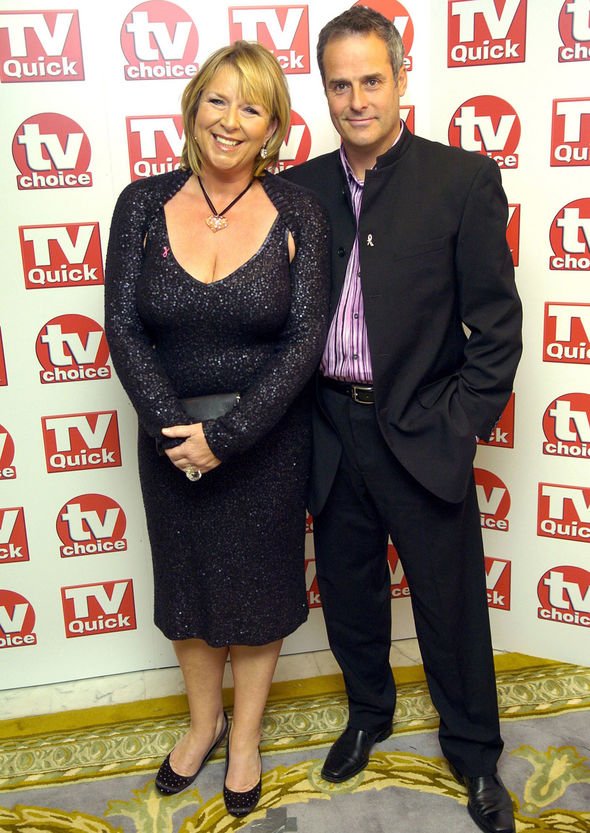 Although her latest move has left Fern feeling much better, adding it was a present for herself.

She added: “I feel as if a weight has been lifted. Xmas gift to myself.”

One fan replied: “Well done for enabling yourself to get some help sorting those boxes. Brave on lots of levels.”

A second commented: “That’s great you’ve got people to help you with your belongings. Things like that can be hard. Be kind to yourself. Thinking of you!”

“My experience was: it took ages to let it all go, but the feeling when I did was of such peace and relief. Good luck with it x,” a third went on.

Earlier this week, Fern got nostalgic as she shared an unearthed photo with users.

She was seen alongside pal Juliet Borges in Asia, in front of a scenic backdrop.

The writer explained: “@JulietPBorges thank you for sending me this. Get us! Standing at the top of Sigiriya (sp?) in Sri Lanka! About 6 years ago?

“Rocking our cycle gear. Dang we were HOT.”

Keeping her sunglasses on, Fern sported a black vest and neckscarf while her hair was tied up.

Meanwhile, Fern and Phil met on the set of BBC Two’s Ready Steady Cook and married in spring 2000.

They went on to welcome daughter Winnie a year later. Fern is also mum to twins Harry and Jack, 26, and 23-year-old Grace.