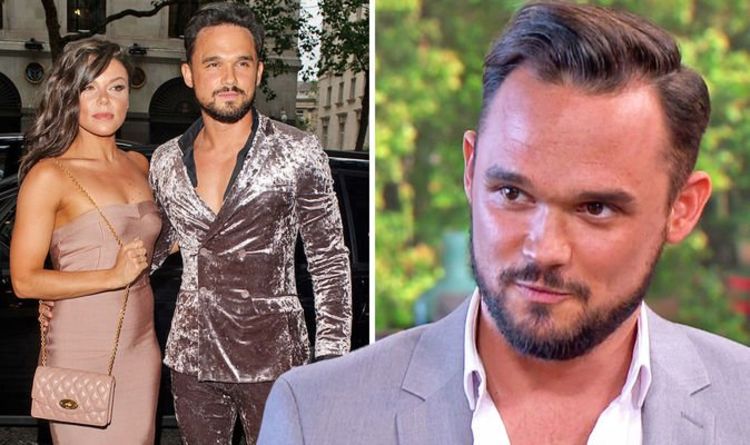 Just days after Faye Brookes, 31, announced she was leaving Coronation Street, her boyfriend Gareth Gates, 34, appeared to have been making requests for hospitality of a bar owner in Birmingham, name-dropping the actress in the process. The awkward message was shared on Twitter by businessman Conrad Brunton, who shared what appeared to be a screenshot of a DM from Gareth’s verified Instagram account with his 1,292 followers. “A friend who runs a great bar in #Birmingham just received this message from Gareth Gates,” he tweeted. “I am sure that he’s contacted a few industry people with a similar request. What a douché.

“Come on mate,” he added. “You and your Mrs (from Corrie) can’t be that hard can you!? #freeloader.”

The message which looked to be from Gareth read: “Hi, Gareth Gates here. My self and my fiancé (Faye Brookes from Coronation Street) are in Birmingham on Saturday.

“We’re looking for places to go and wondered if you could do anything for us in exchange for social media posts etc.”

When asked for comment by Express.co.uk, a representative for former Pop Idol star Gareth declined.

Meanwhile, Faye Brookes revealed why she quit Coronation Street, breaking the news to her 79,000 Twitter followers.

“Thanks yo everyone for your amazing support,” she said. “But after 4 fabulous years in Weatherfield it’s time for me to explore new opportunities. 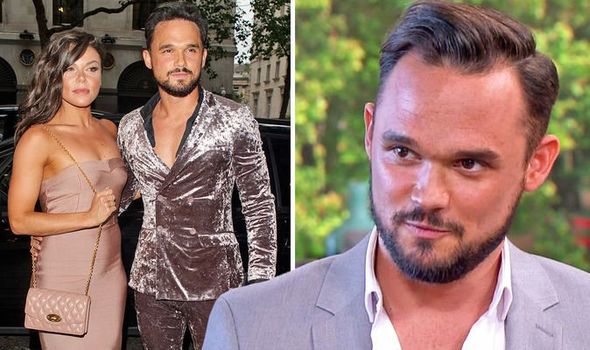 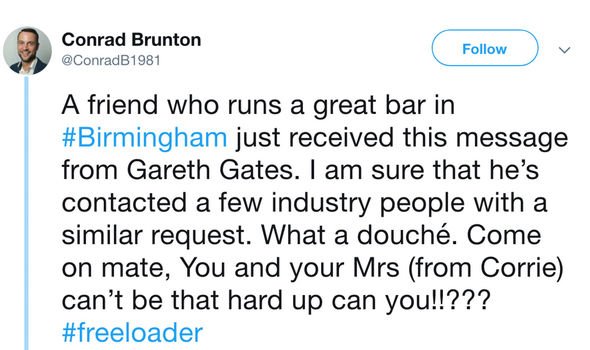 “I’ve loved playing Kate Connor, but she needs a break for a little while,” she explained.

“And so with a song in my heart I’m off to pastures new.”

A Coronation Street spokesperson told Express.co.uk there was a chance Faye could return to the cast in the future following her departure.

“Faye is a very talented actress who has put her all into the portrayal of Kate Connor for the past three-and-a-half years, we wish her every success for the future. 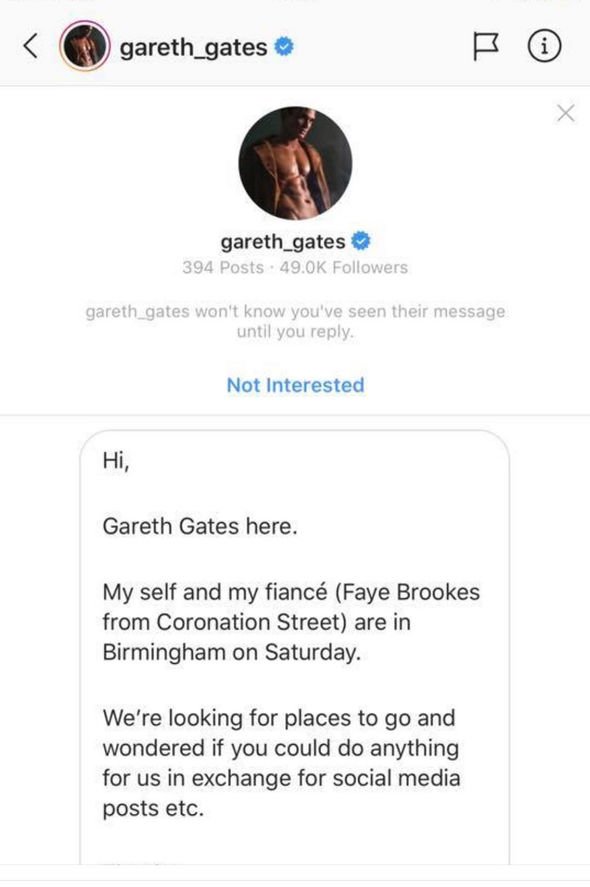 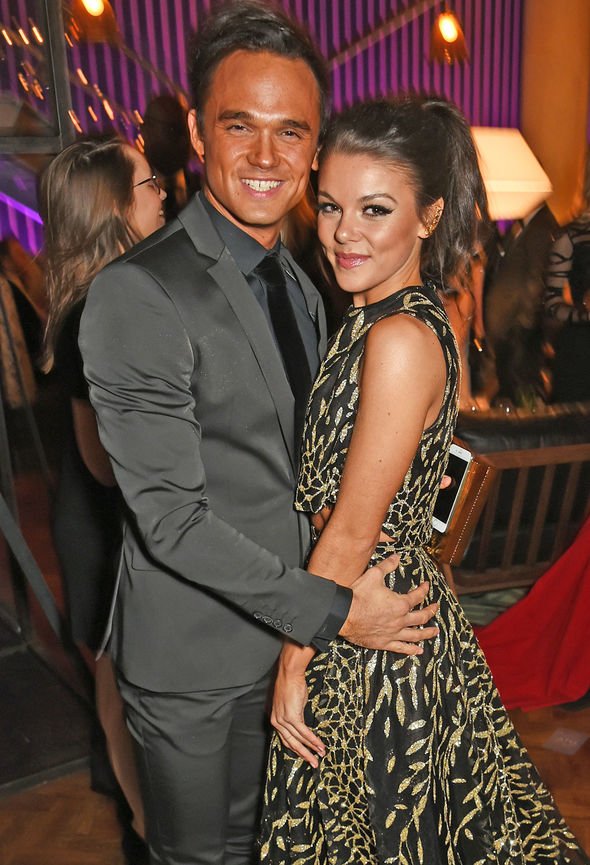 “She will be on screen until early autumn and the door will be left open.”

The couple first met in 2012 and briefly split last year.

Opening up about the proposal, Faye told OK! Magazine her beau had penned a 17-minute song for the occasion.

“We were both crying the whole way through,” she said. “Once it was finished, Gareth got down on one knee and said, ‘Will you spend the rest of your life with me?’ And of course I said yes straight away.”