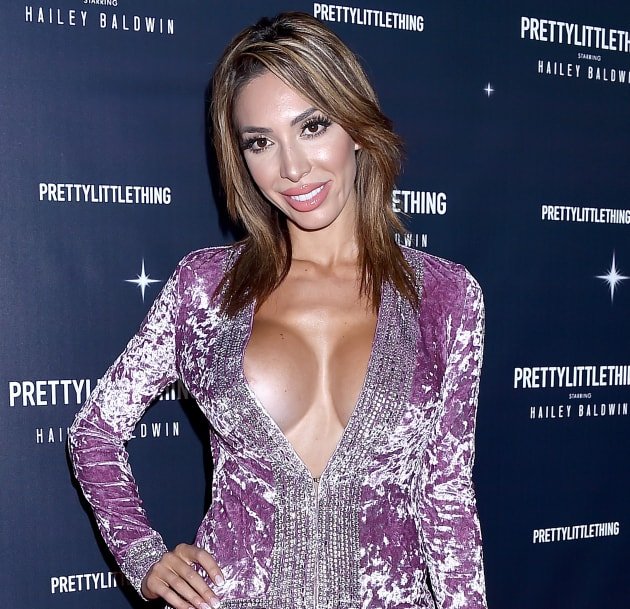 So look, a lot of people have a lot of feelings about Farrah Abraham.

And yes, pretty much all of those feelings are negative.

It makes sense — after all, she’s not really a likable person.

Part of the reason she got fired from Teen Mom OG was because she couldn’t manage to just be civil to the crew members filming her.

On television, on social media, in interviews … pretty much every single time we’ve seen her in any context, she’s just rude and nasty and really, really dumb.

Even so, there’s always been a few things about Farrah that definitely make us feel some sympathy for her.

One of those is the fact that she lost Derek Underwood, her sometimes boyfriend and the father of her daughter, Sophia, when she was pregnant.

She wasn’t open about what happened during her episode of 16 and Pregnant and early on in the Teen Mom series, but since then, we’ve been able to piece together what happened.

Basically, she and Derek dated for a while, but they often fought and broke up.

It didn’t help that her parents didn’t approve of her relationship with him — once her father caught Derek in her bedroom and chased him out of the house with a knife.

She got pregnant, but she didn’t tell Derek, and she never got a chance to tell him.

He passed away in a car accident just two months before she gave birth to Sophia.

It was devastating for her, and understandably so — even if they weren’t together at the time of his death, he was still the father of her unborn child.

It would have been a lot to handle, especially for a teenager.

Farrah went on to … well, we all know all what she went on to do, but in the years since Derek’s death, she’s never forgotten him.

She always keeps his memory alive for Sophia, and since yesterday would have been his 29th birthday, she took the time to celebrate him in a tribute she shared on Instagram.

“To the one very special person I celebrate and remember like no other,” she began.

“Happy Birthday Derek I love you, May 8th you would be 29 today, birthdays used to be so simple.”

“You gave me that once in a lifetime love of my life everyone so deserves,” she continued, “you gave me so many 1st’s, from virginity, proms, trips, my first ring, you showed me unconditional love, you showed what relationships are, from prom, graduation, to our only child …”

“All the events that had happened the entire sequence was one filled with the thrill, love & loss.”

Yeah, this barely makes sense, but this is Farrah, and she’s trying, OK?

After that, she wrote “Now I share a birthday breakfast in your memory & all our best photos and your childhood photos with our daughter.”

“I see all of your messages to me, & your written letters. Thank you for being the best loving man I know, and one of the strongest.”

“My partner in crime getting me in all the trouble — love you legend we all miss you today more than ever & so much love, memories from Sophia & I, family, friends and those who watched over the years.”

“Happy Birthday I love & miss you, and thank you for everything you did for me,” she finished.

Does Farrah tend to romanticize the relationship she had with Derek?

Farrah Abraham: I Am Such a Great Mother!


But with all the other problems she has, is this really such a big one? In the grand scheme of things?

Maybe, yeah, but either way, we hope that both Farrah and Sophia are feeling all right after what was clearly a very emotional day.