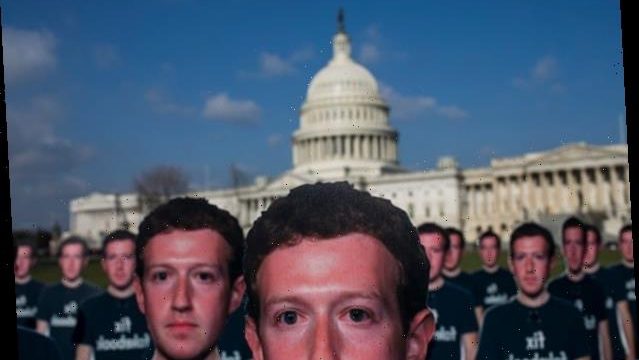 “Following last week’s awful violence in D.C., we are pausing all of our PAC contributions for at least the current quarter,” Facebook’s Andy Stone says

Facebook is suspending all political spending until at least next quarter, company communications director Andy Stone confirmed to TheWrap Monday morning. The decision comes after Facebook indefinitely suspended President Trump from its platform last week, following the violent riots at the U.S. Capitol.

“Following last week’s awful violence in D.C., we are pausing all of our PAC contributions for at least the current quarter, while we review our policies,” Stone said in a statement.

Axios was the first outlet to report the news.

Prior to implementing the Q1 suspension, Facebook was already pulling back on its PAC spending. During the 2020 election cycle, Facebook’s PAC donated $239,000, which marked a noticeable decline from 2018, when the company gave $459,000 towards the midterm elections. It also marked a steep decline from the 2016 election cycle, when the company’s PAC handed out more than $500,000.

At the same time its PAC spending declined, though, Facebook’s spending on Washington, D.C. lobbying increased. According to an analysis by the nonprofit research organization Maplight, the company was on track to shatter its lobbying record of $16.7 million, which the company set in 2019, by the end of 2020.

Overall, Facebook employees leaned towards donating to Democratic politicians during the 2020 election cycle. “The company’s employees, including workers at subsidiaries Instagram and WhatsApp, have donated more than $1.3 million to a variety of congressional and presidential candidates during the current election cycle,” Maplight noted in late October. “Only one of the 20 biggest recipients of Facebook employee money was a Republican. Sen. Thom Tillis, R-N.C., has received $9,400 — good for 18th place.”

Last Thursday, Facebook CEO Mark Zuckerberg announced that President Trump is “indefinitely” banned from Facebook and Instagram. The outgoing president had 32 million Facebook followers and 24 million Instagram followers at the time of the announcement. The ban followed the storming of the U.S. Capitol by supporters of the president, which sent lawmakers into lockdown and left five people dead.

“Over the last several years, we have allowed President Trump to use our platform consistent with our own rules, at times removing content or labeling his posts when they violate our policies,” Zuckerberg said. “We did this because we believe that the public has a right to the broadest possible access to political speech, even controversial speech. But the current context is now fundamentally different, involving use of our platform to incite violent insurrection against a democratically elected government.”