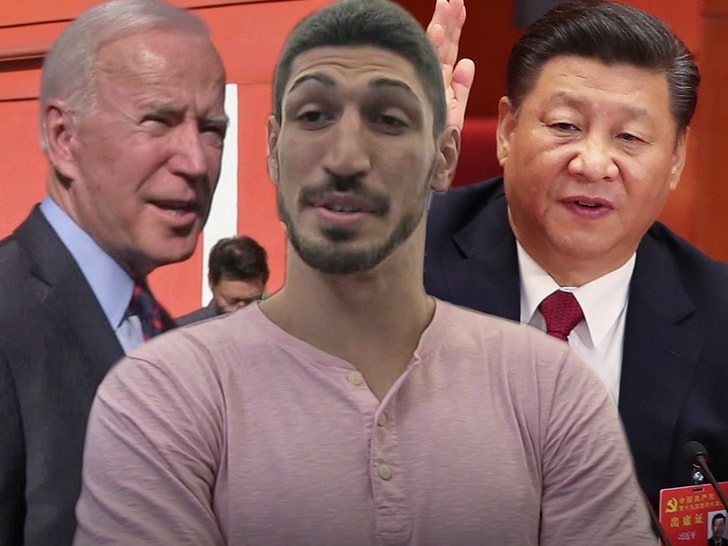 Enes Kanter has a strong message for President Joe Biden — ahead of POTUS’ scheduled virtual summit with Chinese prez Xi Jinping — do what you promised and “Prioritize Human Rights”.

“Throughout, President Biden will make clear U.S. intentions and priorities and be clear and candid about our concerns with the PRC,” Psaki said.

But, the 29-year-old Boston Celtics center — a 12-year NBA vet — isn’t so sure that’ll actually be the case.

“@potus Stop playing games with bullies & do what you promised to the world! Prioritize Human Rights!” Kanter wrote on social media.

“Will Joe Biden ask about Uyghur Genocide or assault on Tibetans in Hong Kong?”, continuing … “Or will they pat each other on the back?” 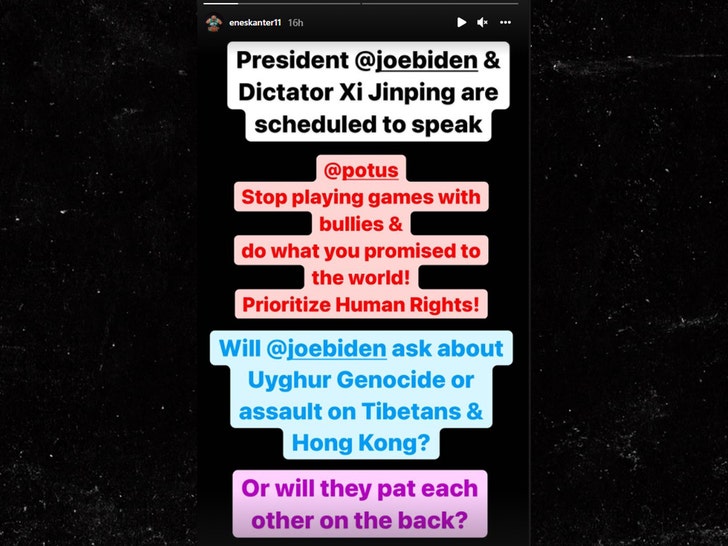 It’s interesting … talking about China in an unfavorable way has become a third-rail issue for the NBA.

Daryl Morey, then Houston Rockets GM, was forced to apologize in 2019 after he tweeted support for protestors in Hong Kong. Even after saying sorry, Morey — who now works for the 76ers — is on China’s bad side. The country doesn’t feature Philadelphia’s games or highlights for its 1.4 billion citizens.

But, Enes — who has long been outspoken about human rights issues across the world — clearly isn’t intimidated.

Kanter specifically pointed to the Uyghur population in China … a group of over 1 million mostly Muslims who have been kept in “re-education camps,” according to the BBC.

The Biden-Jinping summit is scheduled to start shortly.