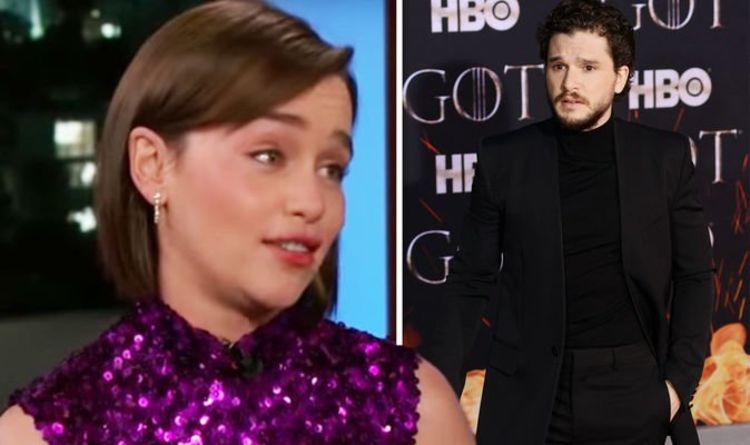 Emilia Clarke, 32, is well-versed in filming with dragons on Game of Thrones, but the actress revealed her co-star Kit Harington, 32, struggled with the filming experience in spite of his initial overconfidence. The Daenerys Targaryen star jokingly spoke about the Jon Snow actor’s “arrogant” reaction in an interview with American talk show host Jimmy Kimmel last night. She recalled: “He was all like, ‘Yeah, you think you’re good at this, let me be professional’.” The star continued: “He was kind of arrogant about it, he was like, ‘I can do this,’ and then got on them.

“And that was when I learnt that men riding dragons is a whole other thing than a lady who rides a dragon.”

Implying it would be more awkward for a man to work with the animated props, she went on to explain: “it’s a little more uncomfortable for them.”

Emilia then collapsed into a fit of giggles as she admitted: “He looked really pained!”

In spite of Kit’s suffering during filming, the mother of dragons actress couldn’t resist playing a cheeky practical joke on her co-star.

She added: “I was kind of letting the girl who was doing the joysticks know to just mess with him whenever she felt it was needed.”

Emilia also revealed she felt “weird” watching another actor ride the dragons, who she describes as her “children” on set. 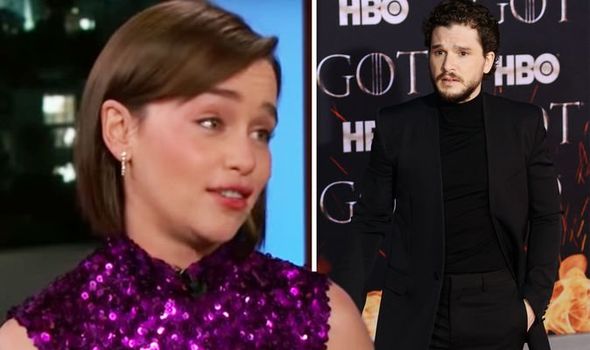 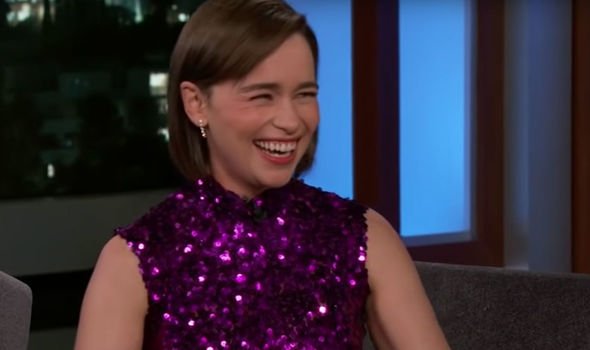 The star proved she was completely at ease with the CGI creatures, as she said: “Whatever, I’m amazing at this, no big deal, it’s just my children.”

Emilia then got candid with fans as she reflected on how working with her brother, who was part of the camera crew team on Game of Thrones, could lead to some embarrassing situations.

Jimmy asked: “Is he there during the love scene that you had with Jon Snow?”

The British star cringed as she replied: “Yes! There are some days where he’s like, ‘Oh I’ll swing by’ because he’s literally in the next unit filming next door. 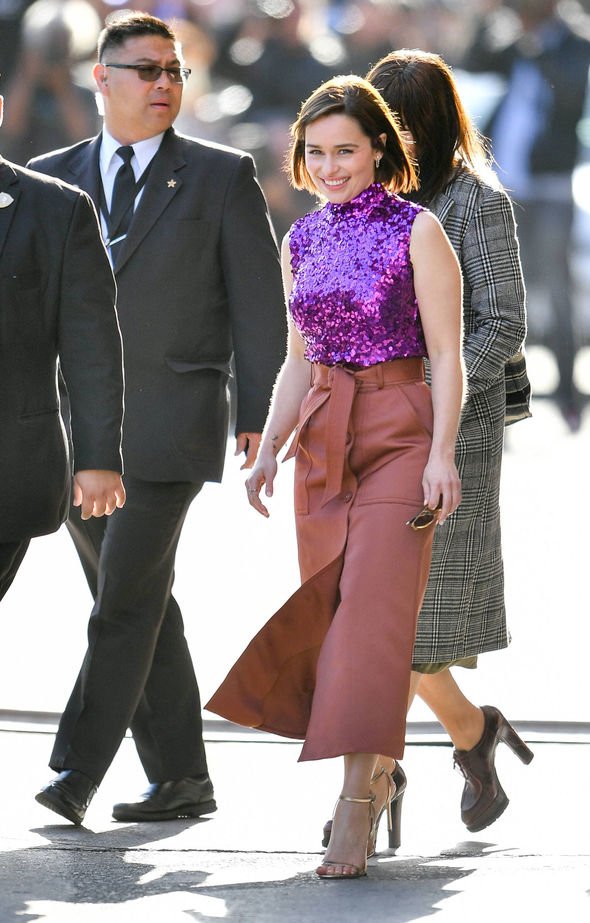 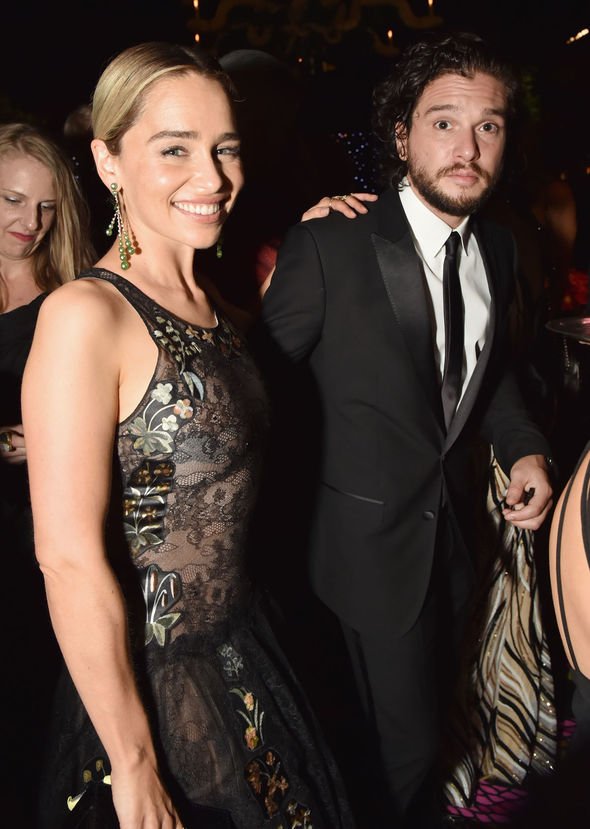 The actress stunned in a glamorous ensemble for her appearance on Jimmy Kimmel Live.

She wore a sparkly purple top that shimmered in the light, paired with a flowing neutral toned midi skirt and golden stilettos.

Emilia wore her brunette locks straight and opted for a subtle makeup look to show off her natural beauty.

Elsewhere, the star revealed she found it difficult to keep the ending of the final series of the HBO drama a secret.

During a conversation with Stephen Colbert last month, she admitted to telling one person about the storyline.

She sheepishly said: “I told my mum, but the good thing about telling my mum these things is that she’s a vault because she’s just forgotten it.”