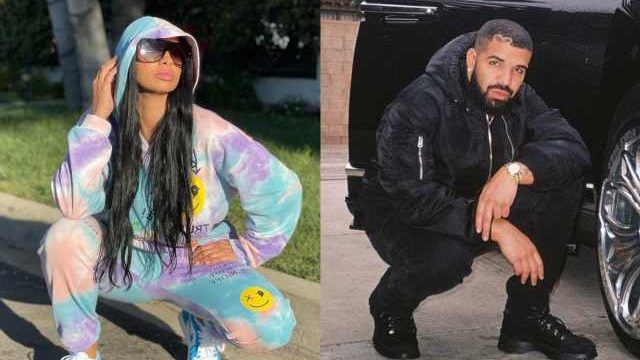 The model and mother of high school basketball star Amari Bailey is scrutinized over her disproportionate curves, sparking accusations that she had a plastic surgery.

AceShowbiz – All eyes are on Johanna Leia following her alleged romance with Drake, but it’s not to her benefits. The model has been dragged on Twitter over her body after she sparked dating rumors with the Canadian superstar.

Johanna has been scrutinized by Internet trolls, who think that her booty looks strangely too large. Her disproportionate curves sparked speculation that she may have surgically enhanced her backside.

“Do men not see what I’m seeing? LMFAOOOOOOOOOOOOO,” one Twitter user commented on Johanna’s picture in which she flaunted her derriere in a tight dress. Another mocked Drake’s taste in women, “Drake like saggy diapers?? y’all really get off the surgery table and say I love it….. I swear the bar is in hell.”

“Thigh to ass ratio is not there,” a third naysayer tweeted of the same photo. A fourth one claimed, “She bout due for a tune up,” while another chimed in, “I will never understand why people think this look good. To each its own.”

Drake and Johanna are rumored to be an item after they were spotted on a date. The “In My Feelings” hitmaker went the extra mile to impress his alleged new boo, renting out Dodger Stadium in Los Angeles.

The musician was spotted wining and dining the “Bringing Up Ballers” star at a table for two on the baseball field on Thursday, July 8, after booking the entire venue, which is the home of L.A. baseball team the Dodgers.

L.A. helicopter reporter Chris Christi tweeted the news, writing, “@DRAKE ON A DATE? Randomly just flew over this cozy couple enjoying a private dinner along the third base line at an empty Dodger Stadium from #[email protected]#Drizzy.” In photos shared by the reporter, Johanna was seen wearing a Dodgers jersey while the “God’s Plan” hitmaker sported a signature sweater.