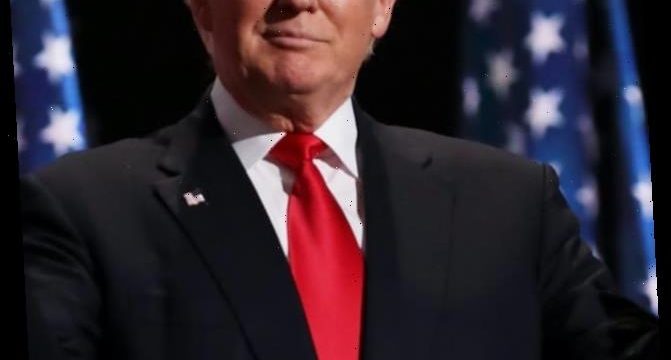 In the four years since he narrowly defeated Hillary Clinton in the Electoral College to become President of the United States, Donald Trump has repeatedly used words like “landslide” describe his victory.

Now that he’s been defeated by Joe Biden by a much larger margin in the EC — as well as in the popular vote — Trump insists that the system is rigged, and certain key states are still too close to call.

The truth of the situation is obvious to anyone who’s been paying even the slightest bit of attention to the situation.

And yet, those who might be in a position to put a stop to the president’s misinformation campaign are either encouraging him to continue firing up his base, or they’re observing from a safe distance, seemingly out of curiosity for how far this will go.

Over the weekend, tens of thousands of (mostly mask-less) Trump supporters descended on Washington for inaptly-titled “Millon MAGA March.”

On Twitter, the president has been his usual, erratic self.

But whereas in the past, his tirades have been scattershot in their subject matter, these days he’s laser-focused on one thing — convincing Americans that he’s the victim of an elaborate conspiracy conducted by the Democratic Party.

“Almost ZERO ballots rejected in Georgia this election. In years past, close to 4%. Not possible. Must have signature check on envelopes now. Very easy to do,” he later added in his usual calm, measured tone.

“Dems fighting because they got caught. Far more votes than needed for flip. Republicans must get tough!”

Trump usually isn’t one to focus on a single issue for this long.

So what’s the deal?

Is he afraid, as some claim, that as a private citizen, he’ll be tossed in jail?

Does the president really just hate losing this much?

Whatever the case, Trump’s efforts to undermine the results of the election go well beyond outraged Twitter rants.

In recent weeks, the president has raised eyebrows with the firings of top national security officials, such as Chris Krebs of Homeland Security.

In Wayne County, Michigan, Republicans on the Board of Canvassers threatened to refuse to certify the county’s election results, presumably under pressure from the White House.

Thankfully, they’ve since had a change of heart, which reminds us that there are limits even to the president’s power.

Fortunately, it seems that local election officials are in possession of far greater intellect and integrity than Trump gives them credit for, and those qualities may be the only things that keep him from successfully stealing the election.

Make no mistake, however — removing Trump from the White House will not be an easy task.

And while it’s amusing to laugh at the president’s unhinged tweets, we must all bear in mind that what’s at stake here is not only the outcome of a single election, but the very future of American democracy.