Despite the actress being a vocal fan of Joe Biden, Julia Louis-Dreyfus’ writers reportedly butted heads with the Democratic National Convention’s camp ahead of her appearance at the 2020 event.

The actress is known for her sharp tongue — as is her famed “Veep” character Selina Meyer — and for her criticism of former President Donald Trump, which she brought in spades to her MC gig at the DNC.

According to Vanity Fair, there was tension between the DNC’s camp and “Veep” showrunner David Mandel and his team over some of the jokes in Louis-Dreyfus’ script, which they penned.

Just an hour before the 60-year-old actress went live from a Los Angeles studio, political consultant Stephanie Cutter — the convention’s chief program executive — reached out to Mandel to talk about the evening’s script.

Cutter was reportedly unhappy with some of the jokes, one in particular that featured praise for Biden. 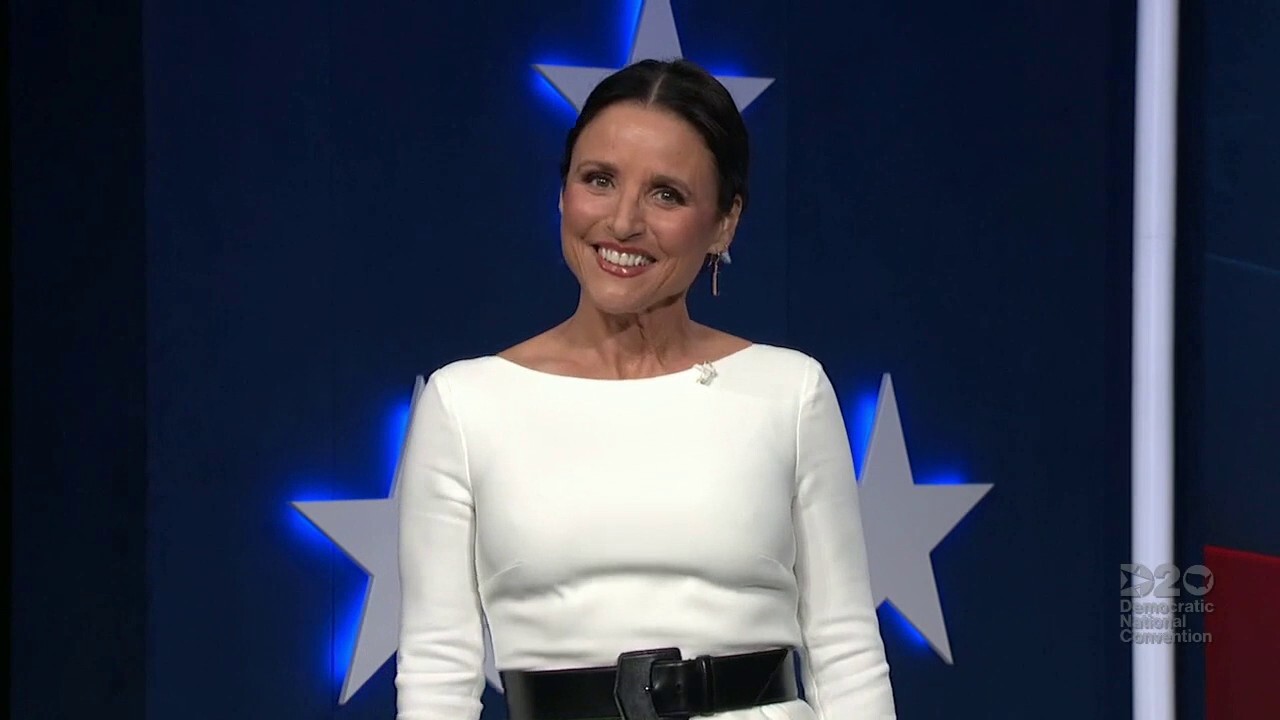 Louis-Dreyfus was planning to say that Biden understood hard work and struggle, while “the only time Donald Trump has struggled is walking down a ramp and trying to drink a glass of water.”

The joke was in reference to a pair of instances in which Trump appeared to struggle to do the aforementioned tasks that went viral and sparked concern for the then-president’s health.

The writers had been told that the joke didn’t fit into the place they had originally slotted it, so they moved it to another time rather than cutting it.

When they spoke, Cutter asked why the joke had been put into another spot in the script.

“You told us it didn’t work in the other spot,” responded Mandel, per the outlet.

Cutter said that Mandel couldn’t have the joke “anywhere” in the script. She said they didn’t want to risk “opening the dementia thing” and said that laughing at Trump’s faculties may remind viewers that he had painted Biden as a frail person. 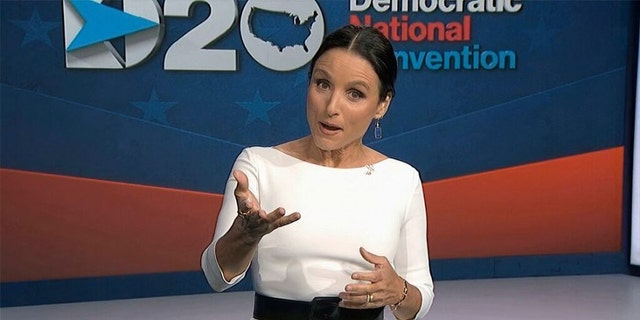 Julia Louis-Dreyfus’ writers for her DNC hosting gig — who also wrote for ‘Veep’ — clashed with the DNC’s camp over jokes about Donald Trump.
(AP, File)

“You not opening the dementia thing is not going to prevent the Republicans from doing it till the end of time,” Mendel said back in what reportedly became a shouting match. He even thought the joke could have preemptively helped Biden ahead of the upcoming Republican National Convention, according to the outlet.

Cutter reportedly had problems with other jokes in the script as well, and Mandel eventually caved.

Instead of the jab, Louis-Dreyfus ended up saying: “Donald Trump thinks ‘self-made’ means inheriting only half a billion dollars from your dad.”

Reps for Louis-Dreyfus, Mandel, Cutter and the White House did not immediately respond to Fox News’ request for comment.