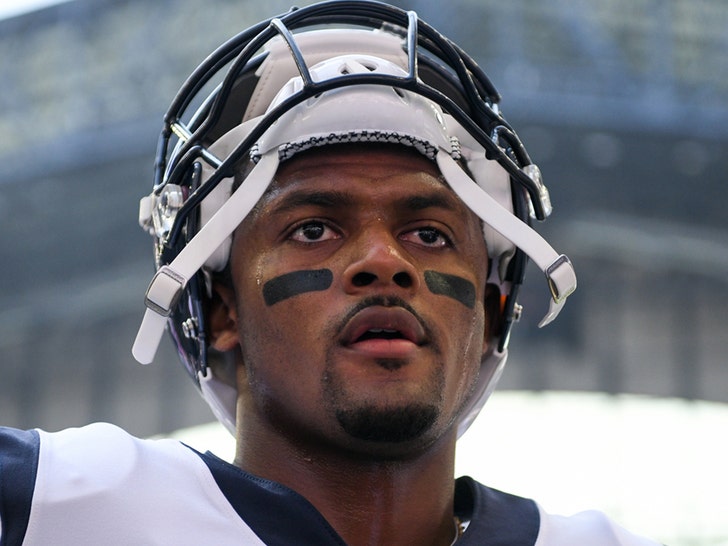 Deshaun Watson is no longer the starting quarterback for the Houston Texans — at least on paper — the team just released their newest depth chart … with the troubled star listed as their 4th string QB.

The Texans are just three days from their first preseason game against the Green Bay Packers … and as of right now, Tyrod Taylor will be under center when the team takes the field.

After Taylor — who signed a one-year deal in March — is Jeff Driskel, Davis Mills … and then Watson at 4.

FYI — this is considered an “unofficial depth chart” by the Texans, even though it was just updated on August 10 by their PR team.

Watson has been the Texans starter since 2017 … but has been openly requesting a trade from the team, especially after the DeAndre Hopkins trade last March.

Plus, there are more issues than football — Watson is facing sexual misconduct allegations from over 20 female massage therapists who claim things went overboard during their sessions with the QB.

While the NFL and police are still investigating, Watson is allowed at training camp … and he has practiced with limited reps.

Texans head coach David Culley announced on Tuesday because of the limited amount of practice, the 3-time Pro Bowler probably won’t play at the Packers game nor will he travel with the team.