Death In Paradise’s season 10 guest star Jason Manford, 39, joined Ralf Little, 40, and Will Mellor, 44, on their Two Pints with Will & Ralf podcast recently and took the opportunity to call his co-star Ralf out on a comment he made about his tanned skin. The moment came after the latter read out comments from listeners, where one asked Will why he didn’t follow Ralf on Instagram.

Laughing, Will joked it was because he had started to post pictures of him appearing on magazine covers.

On the topic of interviews, Jason then asked Ralf: “I was listening to your interview on Virgin [Radio] when you said I had a miraculous tan which came out of nowhere.”

Ralf hesitantly replied: “Did I?”

The comedian added: “Yeah, you made it sound like I had been to some sort of tanning salon before I came out to Guadeloupe.”

His co-star then remembered the quote he was referring to and joked: “I remember now, that was the implication I was trying to give.”

The Neville Parker star went on to say: “This comes full circle this thing because you’re insulted because like ‘As if I, Jason Manford, would ever be seen dead going to a tanning salon’.

“I’m a sound northern lad, I agree with you,” he added. 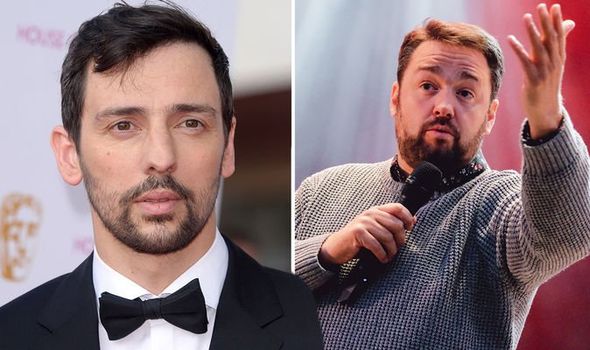 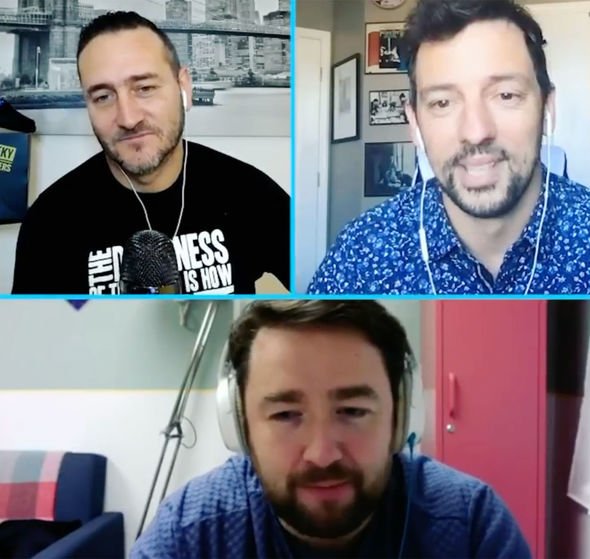 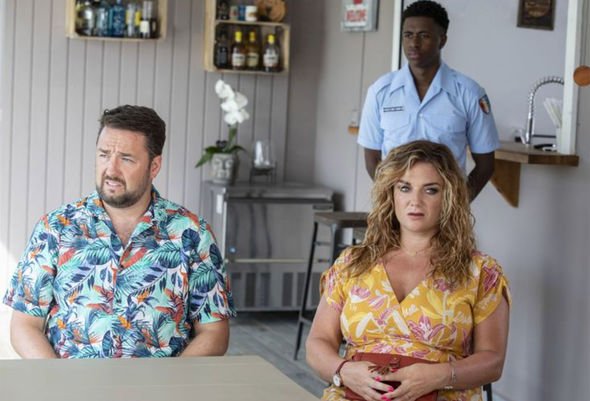 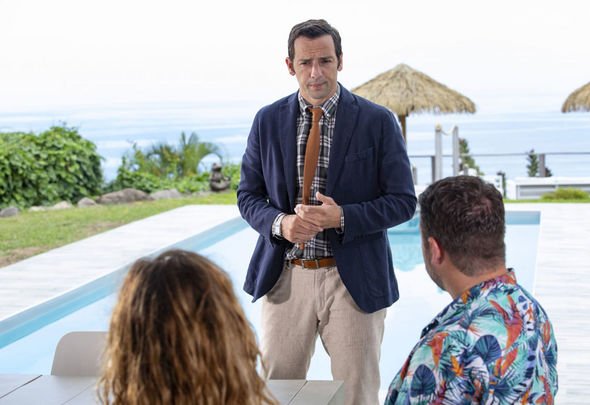 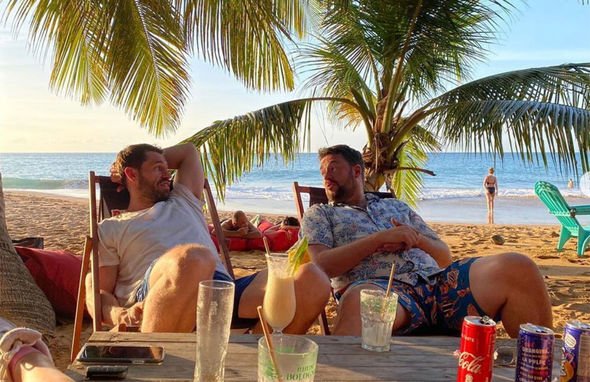 Ralf stars as the lead detective in Death In Paradise’s season 10, while Jason joined for an episode alongside newcomer Kelvin Fletcher.

In episode three, Jason played Craig, the husband to Danielle (Faye McKeever), who were on the island with their lottery winner friends Cherry (Laura Aikman) and Gavin (Kelvin).

After Cherry and Gavin had an explosive row, Danielle found Cherry’s body after she apparently fell off a balcony.

The body disappeared before it turned up again caught up in fishing nets.

Neville investigated the case and questioned Danielle, Craig and Faye about what happened.

He later concluded she had faked her own death.

They later discovered Danielle murdered her after finding out about her plan.

Speaking to Express.co.uk about his time on the show, Jason said he felt “embarrassed to be paid” because of how positive the experience was for him.

“To call it work would be an insult to work,” he explained.

“As a guest act, good God, I was actually embarrassed to be paid because it was just great fun.”

The comedian added the only minor downside to the job was the insect bites on set.

He added: “Yeah, first world problems, what can you do?

“We were having such a great time anyway, I didn’t even notice to be honest! It was just such a laugh.”