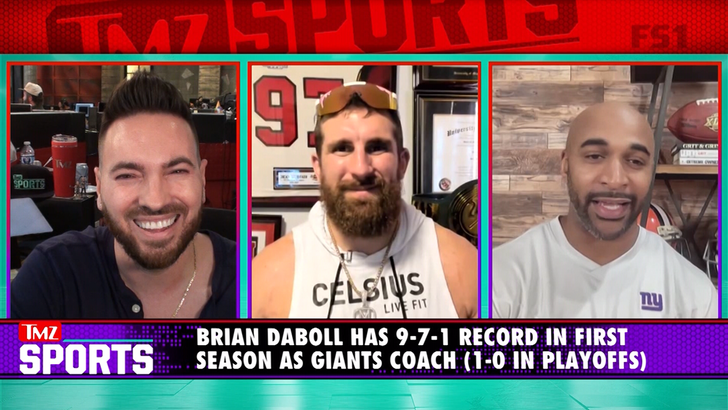 Daniel Jones has what it takes to lead the Giants to a Super Bowl win in New York … according to David Tyree, who knows a little something about winning a Lombardi Trophy.

The former Giants receiver and special teams ace joined Babcock and Mojo on the “TMZ Sports” TV show (airs daily on FS1) — a day after the G-Men won a road playoff game — where the Super Bowl 42 hero was asked if Jones was, without any doubt, the team’s franchise QB.

“I think I said 6 to 8 weeks back, Daniel Jones is the quarterback for the New York Giants. You don’t allow gold to walk out of the building for the potential of platinum, right?” Tyree asked. 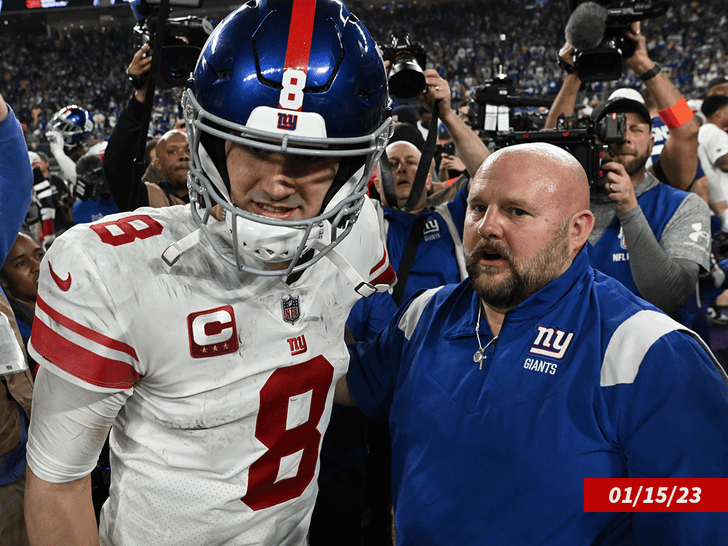 “We’re not gonna sit up here and say he deserves Deshaun Watson money, but he deserves that full-blown opportunity to represent this organization in the same manner that he did this year. He’s earned the right, he’s been dominant, he’s been consistent, he’s limited turnovers. He’s done everything you can ask a quarterback to do and he’s got the right temperament in the New York City market.”

Of course, David was half of (arguably) the greatest play in Super Bowl history, the “Helmet Catch.” Tyree, with the Giants trailing Tom Brady and the undefeated Patriots by 4 points with under 2 minutes left in the 4th quarter, and All-Pro Rodney Harrison blanketing him, miraculously came down with a crucial Eli Manning pass on 3rd & 5. 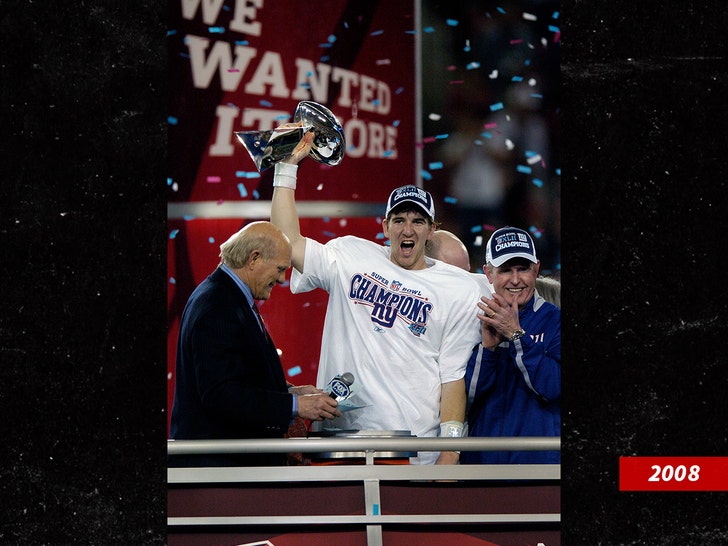 Question is, can 25-year-old Jones play well enough to lead the Giants to another Super Bowl?

“Yeah, I think the Giants are closer than I ever could imagine. Let’s just be honest, I believe in all those guys who play at wide receivers but I’m just as good as them and I was the 3rd and 4th wide receiver on the roster. This is amazing what’s happening.”

David says with an offseason to add talent, the team will continue to improve.

“They’re gonna be able to have some salary cap, able to make some good moves in the market in the offseason but obviously, they have to sign those centerpieces like Saquon [Barkley], Daniel Jones, and Dexter Lawrence.” 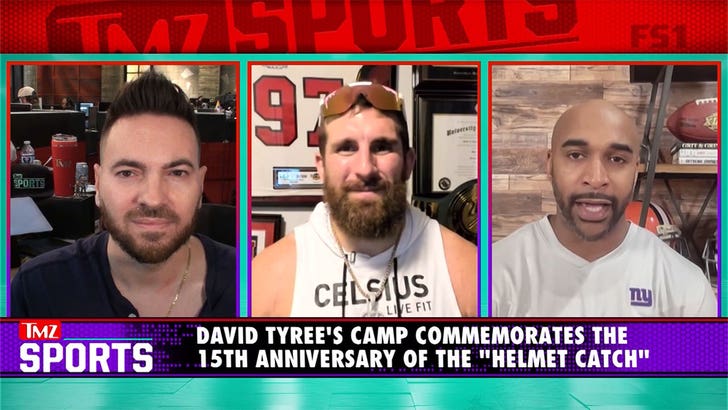 Speaking of Catch-42 or the helmet catch … Tyree is about to celebrate the 15th anniversary of the historic play by putting on a youth football camp, Catch Camp, in Arizona, the site of the 2008 catch, and this season’s SB.

There’s more — we also talked to David about the job head coach Brian Daboll‘s done this season, taking essentially the same roster Joe Judge went 4-13 with just a season ago, and going 9-7-1 and winning a playoff game.

Tyree, who was Director of Player Development after retiring, was let go by Judge and GM Dave Gettleman … and let’s just say he doesn’t speak very fondly of how the organization was run under the two men.

Check out the clip!