The BBC Breakfast star appeared outside BBC studios sat in the DeLoreon with the door open and one of his legs outside of the car as he struggled to fit in the sports car. Visibly excited to be able to sit in the 1985 movie Back to the Future car, Dan took fans through the special features of the car before going on to complain about how the car does not accommodate his size. Viewers could see his head unable to fit in if the gull-wing doors were pulled down and he chose to take the car for a spin.

It’s not made for anyone above six foot three

The presenter posted a video from yesterday’s show on his Instagram showing his struggles.

He captioned the photo: “You wait your whole life to sit in THE DeLorean and then realise it’s not made for anyone above six foot three.

Dan was clearly distraught by not being able to fit in a car he always wanted to experience.

He said: “One issue with the DeLoreon is it’s made for somebody who is a maximum of six foot three apparently, which is why I can’t get both my legs in.

“And why my exit will probably be one of the most awkward exits from a car ever.”

Fans started to reply with quips about the presenter and his struggles.

Another added: “You could get on a skateboard instead.”

A third joked: “Don’t think your feet were helping matters, bless you.” 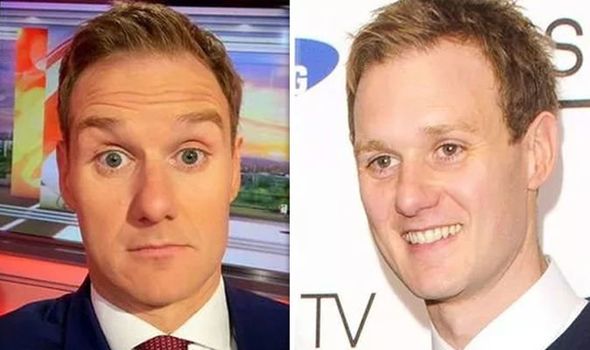 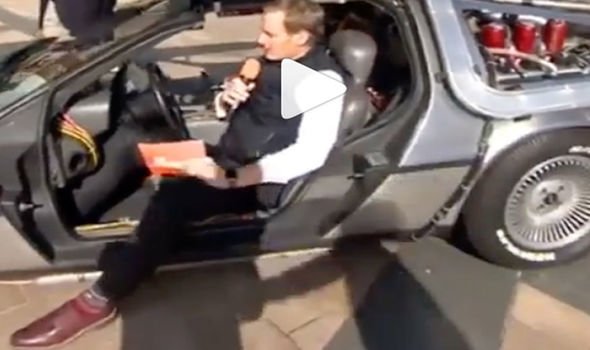 His struggles did not get the presenter down though and he joked about the car’s Back to the Future heritage.

“I’ve got my BBC Breakfast gilet on, but sadly not red for those of you who are Back to the Future aficionados.”

Dan has recently been filmed in conversation with England manager Gareth Southgate and footballers Thierry Henry, Peter Crouch, Danny Rose and Jermaine Jenas for the BBC One documentary ‘A Royal Team Talk’.

The show reviewed mental health and the importance of talking as opposed to people keeping emotions to themselves. One fan tweeted Dan, saying: ‘A Royal Team Talk’ has clearly made an impact. 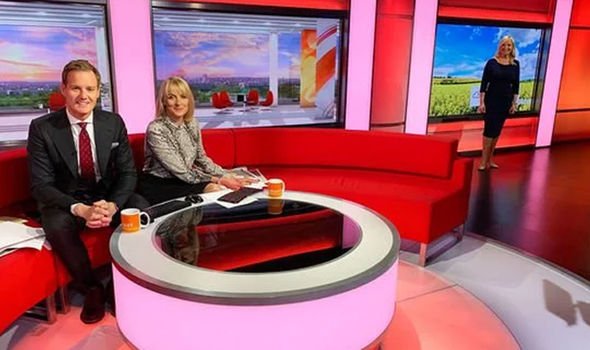 “My 82-year-old nan just asked me if I ever feel depressed and was clearly concerned about my mental health after watching the show.

“I don’t suffer but it’s great to see the impact.”
Responding to the tweet, Dan said: “This is wonderful to hear.”

In another tweet, Dan added: “Big team behind it and it would never have worked without all those contributors being willing to open up.”