Dame Judi Dench admits that she hopes not to retire soon

The stage and screen legend, who stands just 5ft 1in tall, adds: “It relegates me to being an 86-year-old woman. Whereas in my mind’s eye I’m 6ft and willowy and about 39.” Confined to home during lockdown, Dame Judi recently had a Covid jab and says she welcomed the outing: “I’m not even joking. It’s nice to actually have something to do.” She also says the restrictions have robbed “the days of colour”. She revealed she recently came across the term synthesia – a condition which links the senses.

The Oscar winner says: “I thought, ‘Well, that’s me.’ Because I always saw the days of the week in colour. I never gave it a second thought, it’s just how my mind works.

“And all of a sudden it’s not there anymore. The days of the week have no colour at all. There’s no structure, no planning.”

Dame Judi, who has macular degeneration which affects her sight, believes the secret is to keep busy but has bad days like everyone. She gets up each morning determined to stay occupied but often goes to bed with most tasks left on her to-do list.

The star, whose daughter is Gosford Park actress Finty Williams, has found some light relief thanks to grandson Sam, 23. 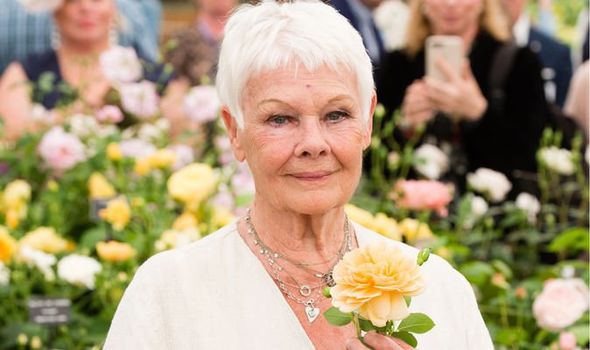 He is living with her in Surrey while he waits to start a job with theatre producer Bill Kenwright. And grandmother and grandson have been a hit making videos together for social media site TikTok.

Dame Judi did have a brief flurry of work promoting her latest movie, a remake of Noel Coward’s 1940s farce Blithe Spirit.

But that was released on TV instead of cinema earlier this month.

She made her professional debut in 1957 with the Old Vic Company and has been nominated for an Oscar seven times. Dame Judi also featured in seven James Bond films as M, the head of MI5, ending in 2012 with Skyfall, starring Daniel Craig.