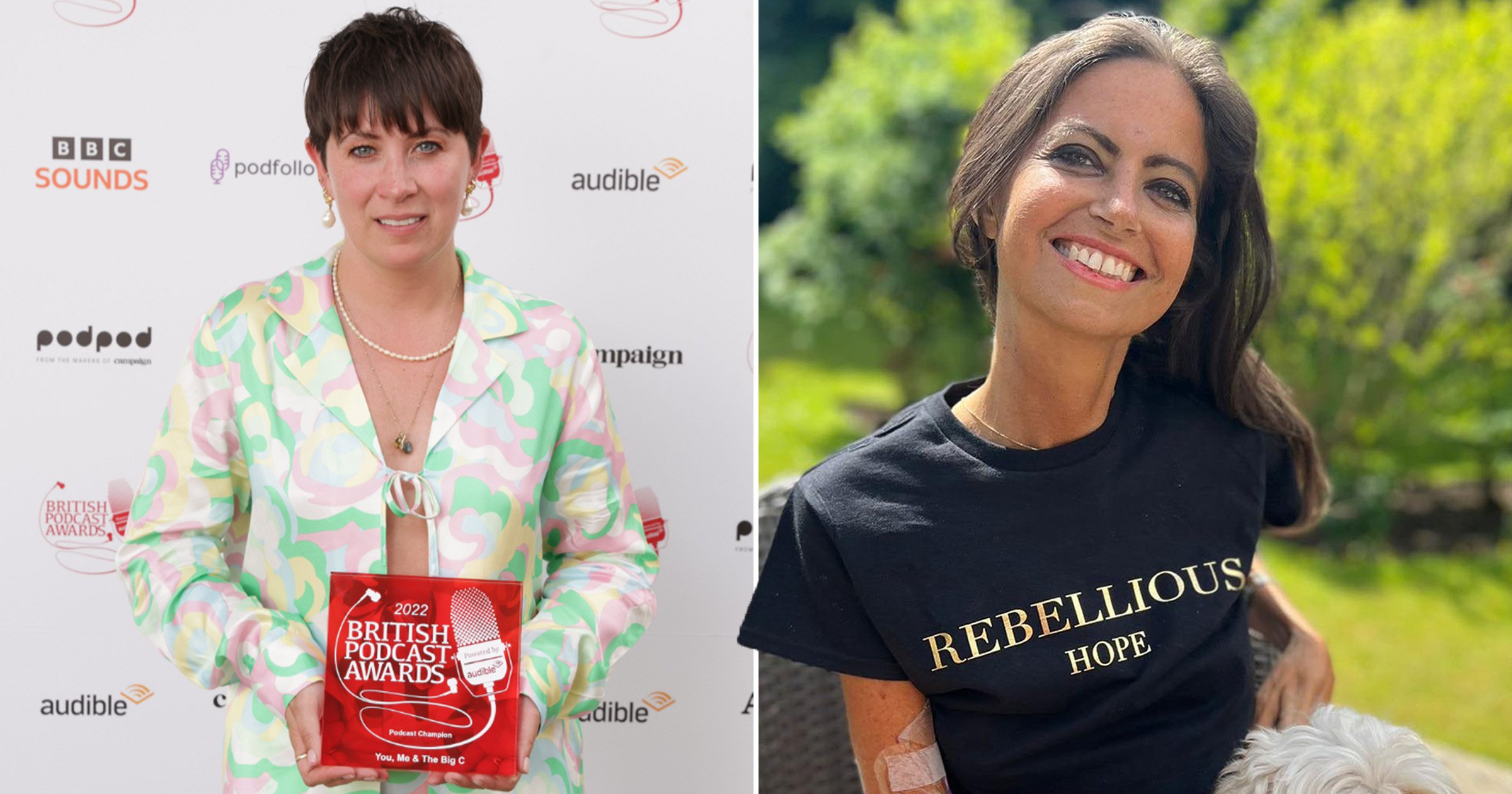 Dame Deborah James was remembered by her You, Me & The Big C podcast co-host after the series won an award last night.

The BBC podcast was honoured with the champion accolade at the British Podcast Awards at London’s Kennington Park on Saturday night.

It was a bittersweet occasion as it came just weeks after Dame Deborah died at the age of 40 following a battle with bowel cancer, and days after she was laid to rest at her funeral.

Her co-host and friend Lauren Mahon did the honours of accepting the award on the late campaigner’s behalf, and also gave recognition to their fellow presenter Rachael Bland, who died aged 40 in 2018.

The trio had launched the podcast earlier that year to discuss their own battles with cancer and to provide support for others battling the disease and going through treatment.

In her acceptance speech, Lauren, 37, said: ‘Me and Deb had a little joke when Rachael died that I couldn’t just do the podcast by myself because I couldn’t call it Me, Me and the Big C.

‘The podcast is our happy place. It’s a bit surreal to be standing here without both my girls. We knew this was a risk, that some of us would die when we started it, but we wanted to continue to champion it.

‘There is more work to be done. I don’t know what it looks like, but the podcast has always been a service.’

Closing her speech, the podcaster revealed: ‘Last time we won at these awards, we dedicated the award to Rachael.

You, Me & The Big C podcast host Dame Deborah James has admirably raised money towards cancer charities after announcing that her own bowel cancer was now terminal.

She is now receiving end-of-life hospice care at home due to her cancer treatment being stopped last month.

With the support of Cancer Research UK (CRUK), Dame Deborah and her family established the Bowelbabe Fund, with all money raised to be allocated to funding clinical trials and research into personalised medicine that could result in new treatments for cancer patients, including projects in collaboration with partners such as The Institute of Cancer Research (ICR) and The Royal Marsden. Donations will also go towards continued support to raise awareness of cancer, such as Bowel Cancer UK’s Never Too Young campaign.

At the start of June, the fund had so far raised £6.6million to go towards clinical trials and research into personalised medicine for cancer patients and supporting campaigns to raise awareness of bowel cancer.

You can donate via the Just Giving link here.

Dame Deborah was awarded her damehood personally by Prince William shortly before her death having raised millions for cancer research charities despite herself battling terminal illness.

Hours after her death on June 28, Dame Deborah’s Bowelbabe Fund reached the £7million milestone, with the likes of her InTheStyle clothing collection and autobiography raking in great sums.

The mum-of-two’s funeral was held on Wednesday, with friends and family in attendance to celebrate her life.

They held an intimate service in west London, which saw Dame Deborah’s husband Sebastien Bowen deliver a eulogy while their children, Hugo and Eloise, both read poems.

If you or someone you care about has been diagnosed with cancer, Macmillan can offer support and information.