HGTV star Christina Haack is sharing an inside look into her relationship on her own terms. In a heartfelt post to Instagram, she revealed that she has been with her boyfriend, Josh Hall, for a few months and that she felt an instant connection as soon as they met.

“I met Josh when I wasn’t in a state of fear or fight-or-flight … I had taken time off social, hired a spiritual coach and smoked a Bufo toad (which basically reset my brain and kicked out years of anxiety in 15 mins),” Haack revealed with a photo of Josh’s arm around her (seen below). She previously said she looked forward to working on herself in another candid post about the state of her life in September 2020. “When we met this past spring, the synchronicities hit us so hard and fast they were impossible to ignore. I felt immediately crazy protective over him and wanted to keep him for myself and get to know each other before the tornado (media attention) hit,” Haack continued.

The mother of three’s post comes just one day after photographs of the star walking with Hall at the Los Angeles International Airport circulated in the media. They were walking hand-in-hand, per People. Haack added that the couple has had a “few solid months” to get to know each other, and are now ready to take their budding romance public. Keep scrolling to learn more about why Haack kept new boyfriend a secret.

Christina Haack is protective over her relationship 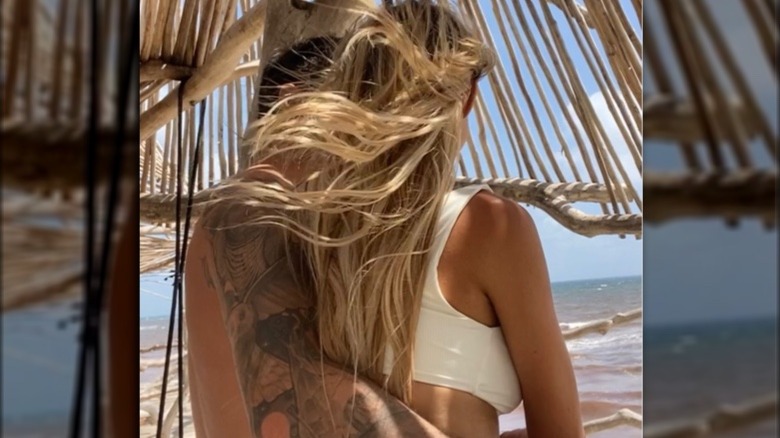