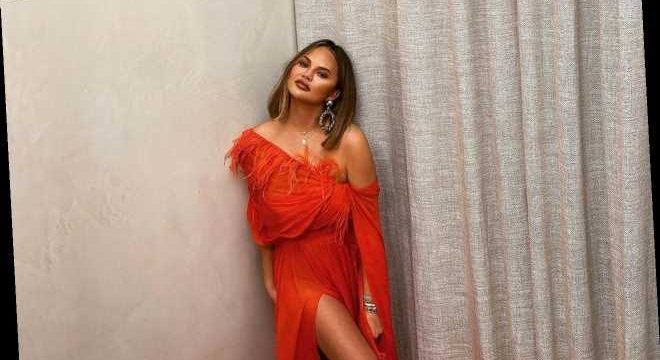 The celebrity cookbook author marks the day, her third child Jack was supposed to be born, by declaring her love and wearing a bracelet with her late son’s name on it.

AceShowbiz –Chrissy Teigen has honoured her baby Jack on what would have been his birthday.

The model, TV personality, and cookbook author, who is married to singer John Legend, suffered the tragic pregnancy loss at the end of September (20), and on Saturday (20Feb21), she took to social media to mark Jack’s due date, posting an image of herself wearing a bracelet with his name on it.

She captioned the Instagram Story photo, “Today was your due date. we love you forever (sic).”

Chrissy also posted a picture of herself while deep in thought on the set of a photoshoot for her upcoming recipe book.

“Can smile all day but thinking of you on your due date, bug (sic),” she wrote.

Chrissy, who is already mum to Luna, four, and Miles, two, recently admitted she was still “coming to terms” with the loss of her third child, who she had previously revealed would likely have been born in early February, a little earlier than his due date.

She explained on “The Ellen DeGeneres Show“, “Even thinking back to it now, I am still in therapy about it and I’m still coming to terms with it.”

“I have maternity clothes, and there are things that I bought for my eighth month and my ninth month. So it’s just hard because he would’ve been born this week, so you look at those things and you have these constant reminders.”

Chrissy also thinks the heartache has made her a “better person.”

She reflected, “You really gain this incredible amount of empathy. And I really, somehow, think I’m a better person now. And I just have the best support system ever.”