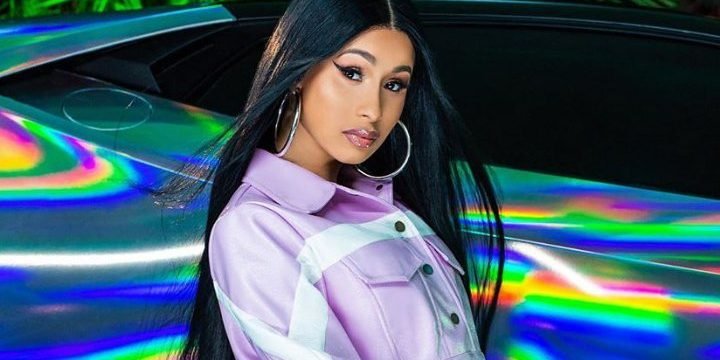 Having been sued by the ‘Bodak Yellow’ hitmaker for defamation, Latasha K retaliates with her own legal action in which she claims to have suffered from the MC’s false accusations about her.

AceShowbiz –Cardi B has been hit with a $1 million (£770,000) lawsuit by a blogger who claims she’s lost business and received threats after the rapper “publicly defamed” her.

The “Bodak Yellow” hitmaker sued Latasha K (Tasha K) and Starmarie Ebony Jones for defamation in March after they made an online video in which they made allegations about her sex life and drug use.

Latasha K has now responded by filing her own lawsuit against Cardi, real name Belcalis Almanzar, in federal court. In documents obtained by The Blast, Latasha K, who runs a blog and a YouTube channel with 500,000 followers, claims the rapper reached out to her privately and asked her to take the video down, but she responded by offering to do an interview with her and Cardi declined.

Her legal team claims the “I Like It” hitmaker then “began to publicly defame Ms. Kebe, referring to her as ‘this blogger lady’, by stating that Ms. Kebe makes up fake stories; harasses all of Cardi B’s friends; constantly stalks Cardi B; falsely claims that she has legitimate sources giving her information about Cardi B; uses Cardi B’s name for ‘click bait’; and many other false accusations.”

As a result, Latasha claims she has received threats and been forced to relocate from her home, and her business is losing money due to subscribers and advertisers dropping out. The blogger says she is pregnant and has been suffering from severe emotional distress, anxiety, panic, stress, insomnia, humiliation, and depression. She is seeking more than a million in damages.

When Cardi, 26, filed her defamation lawsuit about the pair, she claimed Latasha had posted more than 20 defamatory videos about her in the past 14 months, including a joint video with Jones. She sought unspecified damages and asked for an injunction to have the specified clips taken down.

On Thursday, May 09, Cardi was also hit with claims that she turned up four hours late to her “Fashion Nova Presents: Party with Cardi” show at the Hollywood Palladium on Wednesday. A source told New York Post’s Page Six she didn’t arrive until 1 a.m. However, according to TMZ.com, her fashion collection has proved popular and has raked in more than $1 million since Wednesday’s launch.