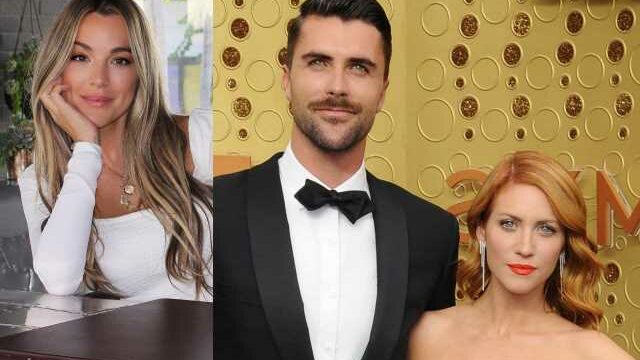 The sighting comes only a couple of days after the ‘Pitch Perfect’ actress filed divorce from the ‘Selling the OC’ star, citing ‘irreconcilable differences’ as the reason behind the marital split.

AceShowbiz –Brittany Snow‘s estranged husband Tyler Stanaland doesn’t appear bothered despite the fact that he was just slapped with divorce papers. A couple of days after the “Pitch Perfect” actress filed for divorce, the “Selling the OC” star was seen vacationing in Dubai with his co-star Alex Hall.

Page Six reported on Friday, January 20 that Brittany and Tyler jetted off to Dubai for a luxurious getaway. An eyewitness also spilled to the outlet that they walked into Wavehouse, a family entertainment center and bar at Atlantis, The Palm resort, on Friday afternoon and spent some quality time together. The outing came shortly after Brittany filed for divorce, citing “irreconcilable differences” as the reason behind the split.

In a photo obtained by the site, Tyler and Alex could be seen enjoying some great time as the 34-year-old beauty was seen smiling at Tyler throughout their conversation at a casual outdoor dining area. The pair, who have been fueling romance rumors for months, were later joined by his brother Trevor and a mystery man.

During the outing, Tyler flaunted his fit body as he went shirtless but covered his back with a white T-shirt. Meanwhile, Alex looked beach-ready in a pink bikini with a white mesh cover-up.

Both real estate agents have been posting about their trip to Dubai on their Instagram Stories, though they haven’t shared pics or videos with each other. Alex did, however, post one boomerang that featured her and a mystery man clinking their cocktail glasses together. 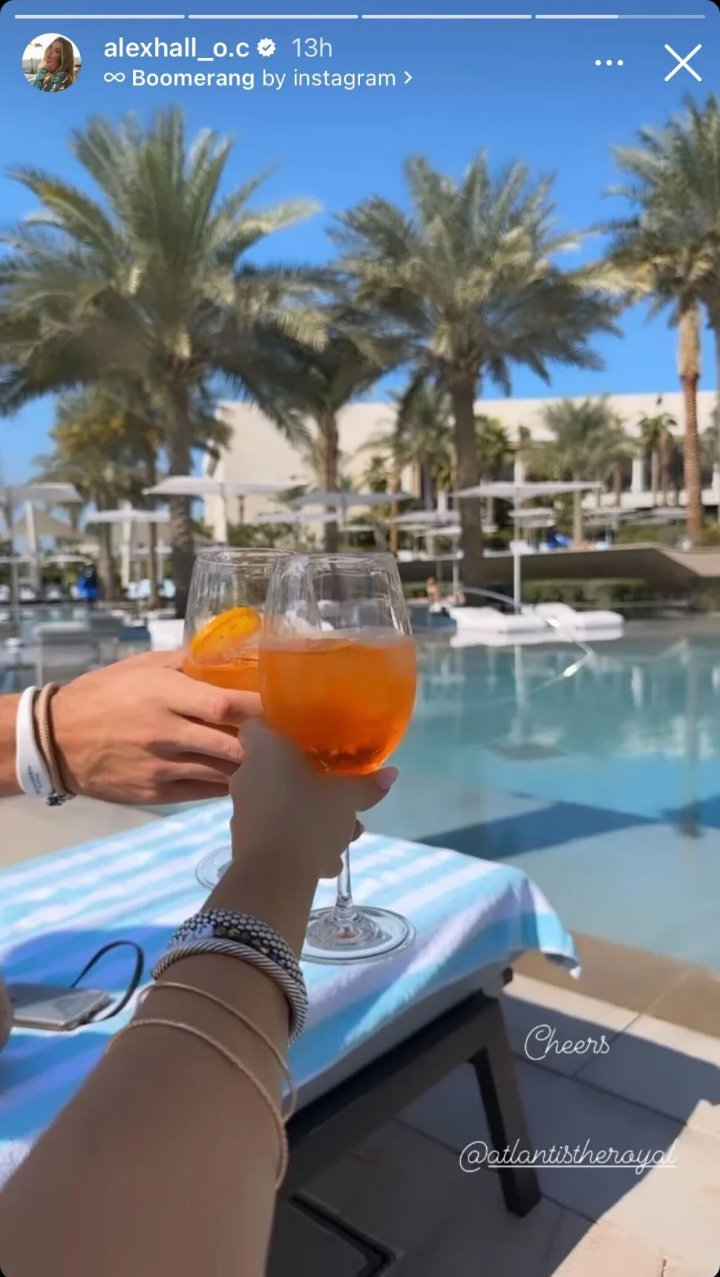 Alex Hall posted a boomerang of her and a mystery man clinking their glasses together.

Tyler has sparked romance rumors with several of his co-stars since “Selling the OC” premiered on Netflix in August last year, causing his marriage to Brittany to crumble. Alex previously defended flirting with Tyler on the reality show, stating she’s leaving the door open for a possible romance between them. “I don’t really have regrets because I, I would do it again,” she confessed.

Then in September 2022, Brittany and Tyler announced that they had separated. “This decision was made with love and mutual respect for one another,” they wrote via Instagram at the time, “We have realized we need to take some time and make sure we are each living our most fulfilling and authentic lives.”