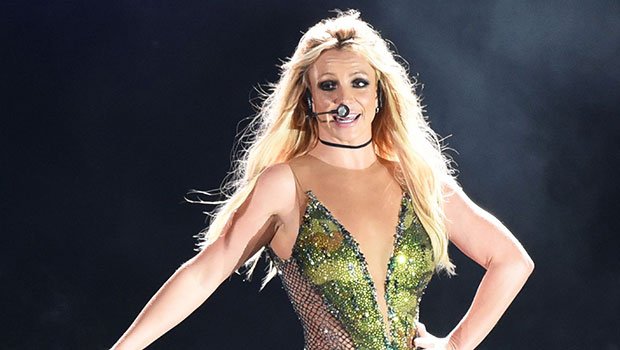 Britney Spears’ longtime manager, Larry Rudolph, is worried that Britney may never return to her Vegas residency after the ordeal she’s experiencing with her family and health. He reveals why in a new interview.

Britney Spears‘ manager doesn’t have high hopes for the pop star’s Las Vegas residency. Larry Rudolph told TMZ that he feels Britney shouldn’t rush into doing shows again in light of her recent medical and family issues. “As the person who guides her career — based on the information I and all of the professionals who work with her are being told on a need-to-know basis — from what I have gathered it’s clear to me she should not be going back to do this Vegas residency, not in the near future and possibly never again,” he said in a new interview with the outlet.

Britney is dealing with multiple issues right now. She recently checked herself into a mental health facility to focus on her wellness. She has left the clinic, but is now embroiled in family drama; her mother, Lynne Spears, is fighting the court to take control of Britney’s conservatorship, which has been controlled by Britney’s father, Jamie Spears, for 11 years. To further complicate things, Jamie is undergoing a health crisis; his colon ruptured in November 2018, and he was required to undergo emergency surgery. Because of this, Britney cancelled her season of Vegas shows, which were supposed to kick off on February 13. Britney is reportedly trying to be freed from the conservatorship entirely.

“It was the perfect storm. We had to pull her show because her meds stopped working and she was distraught over her dad’s illness,” Larry said. Note that Larry is only given medical information about Britney that “directly impacts” Britney’s career, according to TMZ. He is also not involved in her conservatorship, and never has been. He also states that he hasn’t spoken to Britney recently. “Last summer, when she wanted to tour, she called me every day. She was excited. She hasn’t called me in months. Crickets. She clearly doesn’t want to perform now,” he said.

“I don’t want her to work again ’till she’s ready, physically, mentally and passionately,” he added. “If that time never comes again it will never come again. I have no desire or ability to make her work again. I am only here for her when she wants to work. And, if she ever does want to work again, I’m here to tell her if it’s a good idea or a bad idea.”