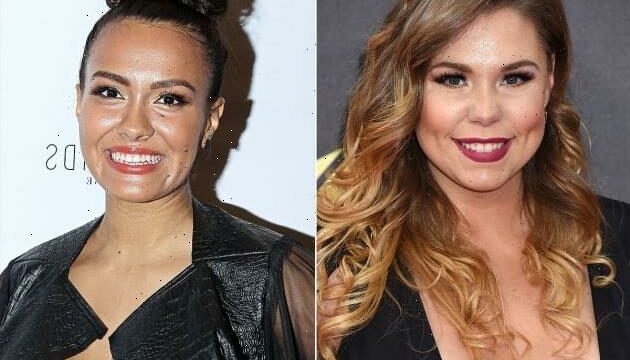 When Kailyn Lowry filed a defamation lawsuit against her longtime rival Briana DeJesus, she probably imagined that the judge would see things her way, and her outrage would be validated by a high-profile legal victory.

But hopefully, Kail emotionally prepared herself for the possibility that it would be Bri who would come out on top.

Otherwise, the mother of four might be in a serious state of shock right now.

Yes, Lowry’s lawsuit was dismissed on Monday, and Bri — who’s never at a loss for words — is making the most of this moment by gleefully gloating about the outcome.

Bri kicked things off subtly enough by tweeting out a link to an article about her victory — along with some advice for her adversary:

Bri went on to shout out her lawyer and retweet numerous fans as they hurled their own criticism at Kail.

But if you thought she would stop at roasting her rival on social media, then you don’t know Ms. DeJesus.

During depositions, Bri was accused of bullying Kail by sending her a treadmill in the mail as a not-so-subtle comment about her weight.

Now, it seems that DeJesus has not lost her taste for passive-aggressive presents.

According to her Instagram Stories, Kail will soon be receiving some more unwanted presents from Bri.

As The Ashley’s Reality Roundup reports, Bri had a clown costume and handheld mirror shipped to Kail’s house via Amazon.

And in case her point wasn’t already abundantly clear, DeJesus included a pair of notes, one that reads, “Alexa play ‘Bitch Better Have My Money’” and another that says “F–king Clown!”

“I guess I put my money where my mouth was,” Briana wrote on Instagram.

Yeah, we guess when you sue someone for talking trash about you online and you lose, you’ve sort of given them license to run their mouth.

Kail has made a few enemies during her years on the show, and not surprisingly, several of them spoke out in Bri’s defense.

First, there was Jade Cline, who tweeted a clown emoji.

“F–k being ‘the bigger person’ all the time,” Cline later elaborated.

“Half the time that s–t isn’t worth it. Sometimes you really need to tell someone to f–k off to feel better,” she added.

“Half the time I’ve brushed s–t off or just stayed quiet, I regretted it later. I’m not doing it anymore or playing nice with ppl in life lol. Being nice really don’t get you anywhere half the time.”

Bri’s mom, Roxanne, also did some venting, and while she never mentioned Kail by name, with think it’s pretty clear who was on her mind.

“Whoever advised you only did so to take advantage of you. They clearly knew you would lose and this would cost you,” Roxanne tweeted.

From there, Roxy guilt-tripped Kail, writing:

“Our court system doesn’t have the time or resources to be wasting any of its valuable purpose on your nonsense.

“Aren’t you aware of what Covid [has] done to many of our struggling institutions, they are still trying to catch up. You out here playing games.”

“While today’s ruling is unfortunate, I have to respect the judge’s decision,” she wrote.

“With that being said, I stand by my truth and the information spread about me was and still is not true,” Lowry continued.

“I would like to thank my legal team for fighting for me and I am looking forward to life after this lawsuit so I can refocus my energy solely on my boys and my future business endeavors.”