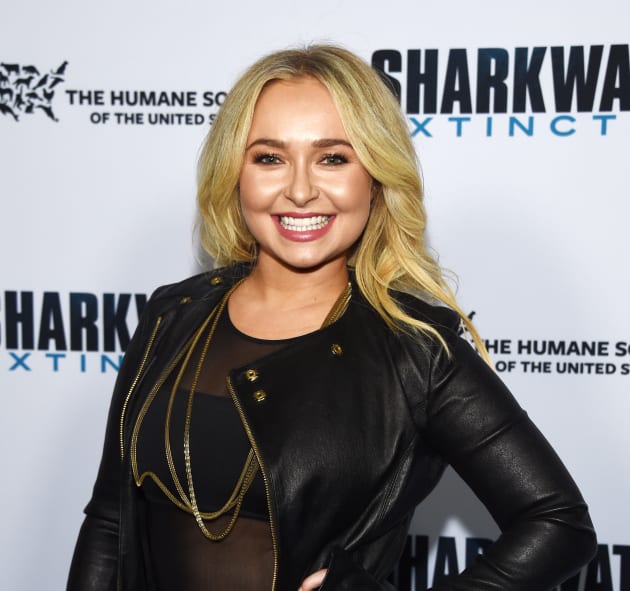 Brian Hickerson has been arrested for allegedly abusing his famous girlfriend.

According to multiple outlets, the 30-year old was booked in the very early hours on Thursday, May 2 in Hollywood — and is currently free on $50,000 bond.

TMZ reports that Hickerson and Hayden Panettiere were out and about on Wednesday evening, drinking and seemingly having a good time.

But they eventually returned to their home and got into a heated argument of some kind.

At some point, someone called 911 (it’s unclear who made the call) and police showed up around 2 a.m.

After noting redness and marks on the actress’ body, and after talking with both parties at the scene, authorities determined that Hickerson instigated the physical altercation and took him into custody.

This isn’t the first time Hickerson has been involved in a domestic dispute, per this same celebrity gossip website.

This past October, Brian and his dad got into a fight at a home in South Carolina.

According to the official police report, officers responded at that time to a call for assault and battery — and when they showed up, Panettiere actually answered the door in an apparent drunk and frantic state.

Approximately a month later, Hayden and Hickerson were spotted at a Hollywood hot spot … and he caused a scene with a fake proposal.

“Brian has been a bad influence from the beginning,” a source tells People Magazine. “Hayden’s friends and family are not happy with the relationship.

The romance got underway last summer.

The couple has mostly stayed out of the spotlight, but every time something is written about them, the news does seem negative/dire.

In December, Hickerson, an aspiring actor, defended his romance with Panettiere after the release of report that alleged her friends were concerned about the pair spending time together.

“Just to be clear, Hayden’s friends and family are not worried about her at all,” he said in a simple statement to Access.

“Hayden is happy and healthy and so is our relationship,” the South Carolina native continued. “That is all I will comment on so please respect my privacy. Have a great day.”

Panettiere, best known for her starring roles in Heroes and Nashville, has a three-year old daughter with boxer Wladimir Klitschko; the little girl lives with her dad in the Ukraine.

She also dated co-star Milo Ventimiglia back when the two appeared on the aforementioned NBC drama.

“[We] love being low key, being mellow, having experiences, having conversations, really in-depth conversations,” Panettiere previously told Us Weekly, adding this past February that she does “hope” to marry Hickerson.

Panettiere has not yet commented on her boyfriend’s arrest.