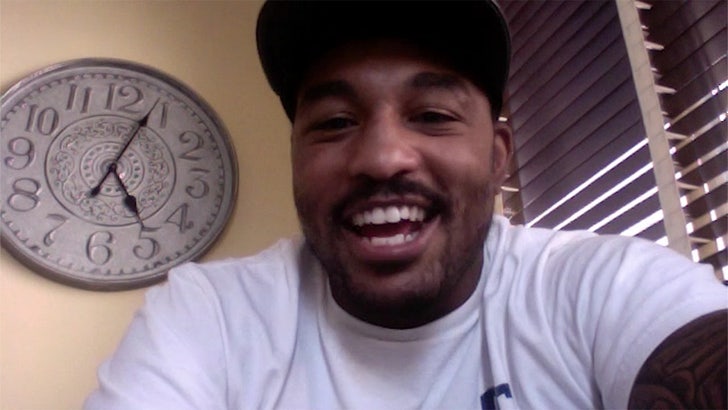 If Jake Paul wants to put the camera down and retire from YouTube, he’s got a serious future as a fighter … so says boxer J’Leon Love, who tells TMZ Sports the social media star can actually hang with the big dogs of the sport.

“He can make it,” Love tells us. “He already has made it because he has the push of the fans. the skill set is there.”

Of course, the 24-3-1 super-middleweight has been helping JP train for his highly anticipated fight with Nate Robinson this weekend … and Love admits he was first caught off-guard by Paul’s skills.

And, get this — Love says Paul has been sparring with real-deal undefeated champs in training … and the dude’s been able to hold his own.

“He is becoming more and more polished every day,” Love added. “He has definitely a long road in the boxing game, but he’s on his way for sure.”

Love raves about Paul’s work ethic, willingness to learn, and how serious he takes the craft … and thinks he’s improved immensely since his first two fights.

“I wish you guys could see what we see in the gym.”

Love says Paul would be great for the sport in AND out of the ring given how marketable he is … and thinks other fighters should follow his lead.