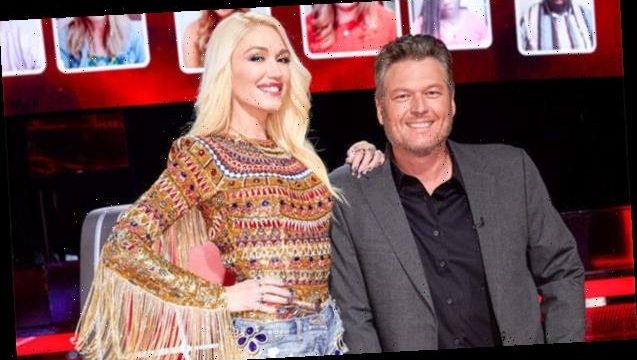 Blake Shelton happily referred to Gwen Stefani as his ‘fiancée’ on national television during the first round of ‘The Voice’ live shows. Meanwhile, Gwen flaunted her giant engagement ring while delivering critiques!

After weeks of pre-taped shows of The Voice, Blake Shelton and Gwen Stefani returned to their red chairs as a newly-engaged couple. During the first live show of season 19 on Nov. 30, Blake didn’t shy away from referring to Gwen by her new title, now that she’s no longer just his girlfriend. While joking around with a few contestants who had just performed, Blake caught viewers’ attention by saying, “Not to be weird…my fiancée’s out there!”

The contestants burst out in surprised laughter, and Gwen — who was seated just two chairs away from her future husband — wore the brightest smile on her face after he dropped the “fiancée” word. Viewers also couldn’t help but tease the country music superstar, since his engagement didn’t exactly have to due with the conversation at hand. “Blake using literally an excuse to tease America that he has Gwen Stefani as his fiancé,” one fan teased in the tweet above, while another wrote, “he loves saying that and it’s so cute.” A third fan gushed, “i love hearing you say ‘my FIANCÉE’.”

Gwen hinted at the engagement in a not-so-subtle way as well! Her massive diamond engagement ring from Blake was hard to miss as she waved her hands around while delivering a critique to another contestant, as you can see in the video below.

Blake, 44, and Gwen, 51, surprised everyone by revealing that they were engaged on Oct. 27. The couple posted a romantic kissing photo as Gwen showed off her massive diamond ring. “Hey @gwenstefani thanks for saving my 2020… And the rest of my life.. I love you. I heard a YES!” Blake tweeted. Gwen’s post read, “@blakeshelton yes please!” 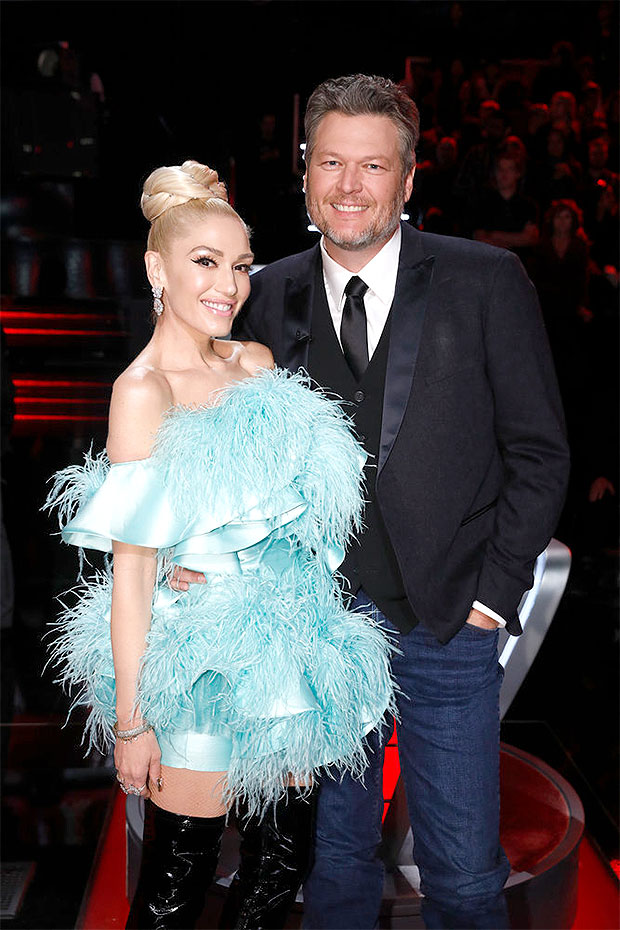 Just a few weeks later, Gwen revealed a closer glimpse of her gorgeous engagement ring from Blake while waiting in the car as Blake attended the People’s Choice Awards. In her selfies, her huge diamond ring was on full display. Blake picked out the perfect ring for his longtime love.

The Voice will always hold a special place in Blake and Gwen’s hearts. That’s where they first crossed paths when Gwen joined the show as a coach in season 7. At the time, they were just friends. Blake was married to Miranda Lambert, 37, while Gwen was married to Gavin Rossdale, 55. When Gwen returned as a full-time coach in season 9, they were both heartbroken over their divorces. 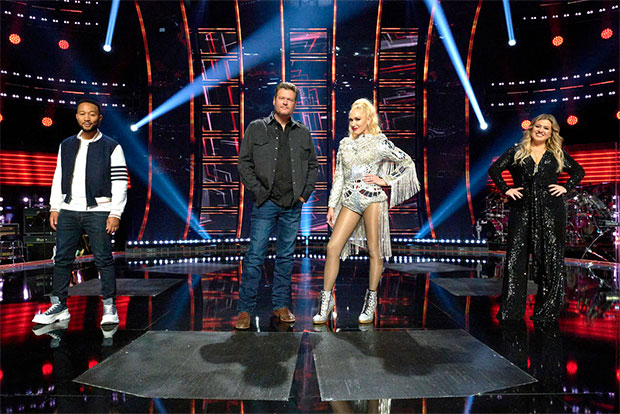 Their friendship eventually turned into a romance, but they kept their relationship under wraps for a while. They confirmed their romance publicly when they were photographed attending a CMA Awards after-party together in Nov. 2015. They made their red carpet debut at the 2016 Vanity Fair Oscars Party. From then on, Blake and Gwen haven’t been shy about their love for each other.