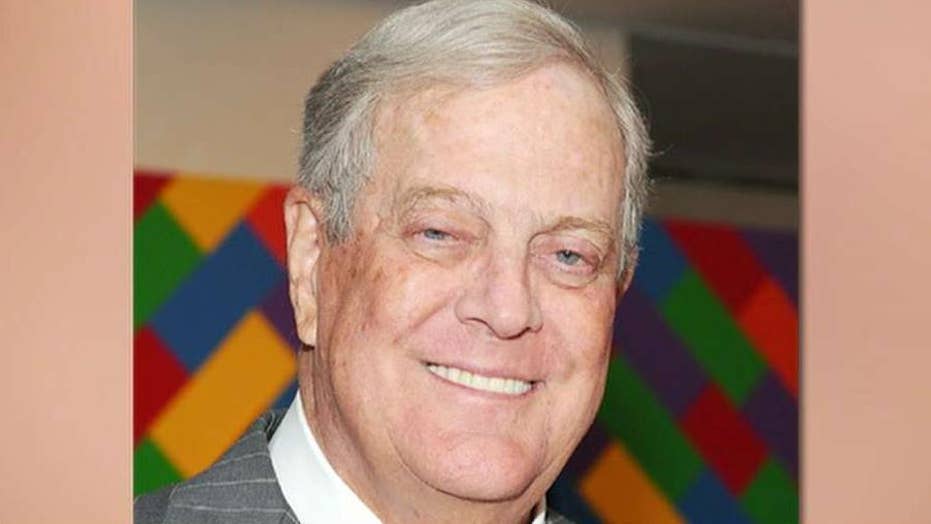 David Koch, billionaire businessman and GOP donor, has passed away at the age of 79 according to a statement released by his brother Charles Koch.

"And now, some funeral news to report. Yesterday David Koch of the zillionaire Koch brothers died .. of prostate cancer," Maher said during his opening monologue, sparking some applause from his mostly liberal audience.

"I guess I’m going to have to re-evaluate my low opinion of prostate cancer."

The HBO star joked that Koch's family expressed gratitude that he "lived long enough to see the Amazon catch fire" and that condolences poured in "from all the politicians he owned."

"As for his remains, he has asked to be cremated and have his ashes be blown into a child's lungs," Maher quipped.

After briefly acknowledging the "harsh words" he had for Koch and predicting condemnation, Maher doubled down on his disdain for him and his brother, Charles Koch.

"He and his brother have done more than anybody to fund climate science deniers for decades. So f— him, the Amazon is burning up, I’m glad he’s dead, and I hope the end was painful.”

Many celebrities had taken to Twitter on Friday to celebrate Koch's death, including actress/singer Bette Midler, who lobbed a profane attack against Heritage Foundation president Kay Coles James for honoring Koch.