Bill Gates spoke to Anderson Cooper about his now ex-wife Melinda and revealed he feels it’s time for ‘reflection’ and healing, just two days after their divorce became official.

Bill Gates, 65, is speaking out about his feelings for his ex-wife Melinda, 56, and the headline-making cheating scandal he was a part of “20 years ago,” two days after their divorce was finalized by a Washington judge. The Microsoft co-founder made an appearance on CNN’s Anderson Cooper 360° on Aug. 4 and admitted he has regrets about having an affair with a Microsoft employee even though it’s something that ended a long time ago.

“Certainly, I think everyone does [have regrets],” he told Anderson when asked about the situation. “But it’s a time of reflection and at this point I need to go forward. My work is very important to me. Within the family we’ll heal as best we can and learn from what happened.”

Bill revealed he had the affair in a statement to the Wall Street Journal last year, after the outlet reported that Microsoft’s board of directors were moving to remove him from its board in 2020 while it investigated his prior romantic relationship with the employee at the tech company. “There was an affair almost 20 years ago which ended amicably,” a spokesperson for Bill said before claiming it had nothing to do with the board situation. “Bill’s decision to transition off the board was in no way related to this matter. In fact, he had expressed an interest in spending more time on his philanthropy starting several years earlier.” 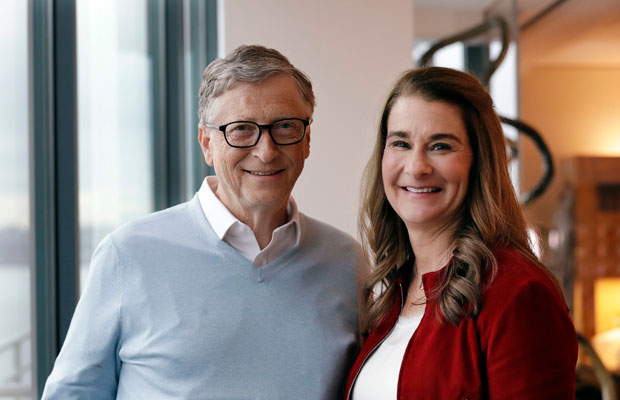 In addition to the affair, Bill shared his thoughts about his divorce from Melinda and how they plan to continue partnering in their foundation, the Bill & Melinda Gates Foundation, which “helps to fight poverty, disease, and inequity around the world,” during his interview with Anderson. “Definitely a very sad milestone. Melinda’s a great person and that partnership that we had coming to an end is a great source of great personal sadness,” he said. “We are communicating and working at the foundation and so that partnership we’re going to try to continue. “

“Melinda has incredible strengths that she brings that help the foundation be better,” he continued. “We’ve always enjoyed our work together. The two of us can go out and work with leaders and help build the organization so that would definitely be the best thing for the foundation.”

Bill and Melinda were married in 1994 and they share three kids, including son Rory John, 22, and daughters Phoebe Adele, 18, and Jennifer Katharine, 25. They first announced their intent to divorce in May.