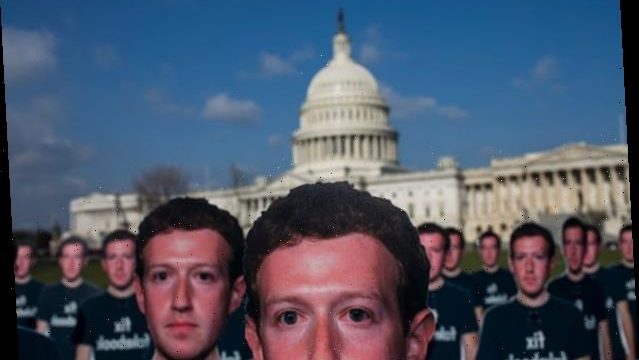 Apple, Amazon, Facebook and Alphabet, the parent company of Google, enjoy “monopoly power” over their competitors, according to a 449-page report from the House Judiciary subcommittee on antitrust released on Tuesday afternoon.

The report, spearheaded by a Democratic majority, recommended Congress change current antitrust laws to better account for the digital world, with the aim of breaking up the “Big 4” tech giants into smaller companies.

Here’s one sample of the report’s position on Facebook:

“During the investigation, Subcommittee staff found evidence of monopolization and monopoly power. For example, the strong network effects associated with Facebook has tipped the market toward monopoly such that Facebook competes more vigorously among its own products–Facebook, Instagram, WhatsApp, and Messenger–than with actual competitors.”

Tuesday’s release comes after a 16-month investigation that included the review of more than 1 million documents. It recommends a number of changes, including:

– Stricter limitations on tech giants, barring them from operating in adjacent lines of business”

– “Nondiscrimination requirements, prohibiting dominant platforms from engaging in self-preferencing, and requiring them to offer equal terms for equal products and services”

Despite the added pressure from lawmakers, antitrust experts have previously told TheWrap that the breakup of major tech firms is anything but a sure thing. Penn State antitrust professor John Lopatka said there are “two necessary ingredients” that would be needed to take action against a company like Facebook: Not only does there have to be proof Facebook is a monopoly, but you’d also have to show Facebook extended its monopoly “through anti-competitive conduct.”

“We can assume Facebook has monopoly power in the social media platform market, but that’s not enough,” he continued. “You still have to prove it acquired or maintains that power through anti-competitive power, and I don’t know any reason to believe that’s the case.”

You can read the full report by clicking here.