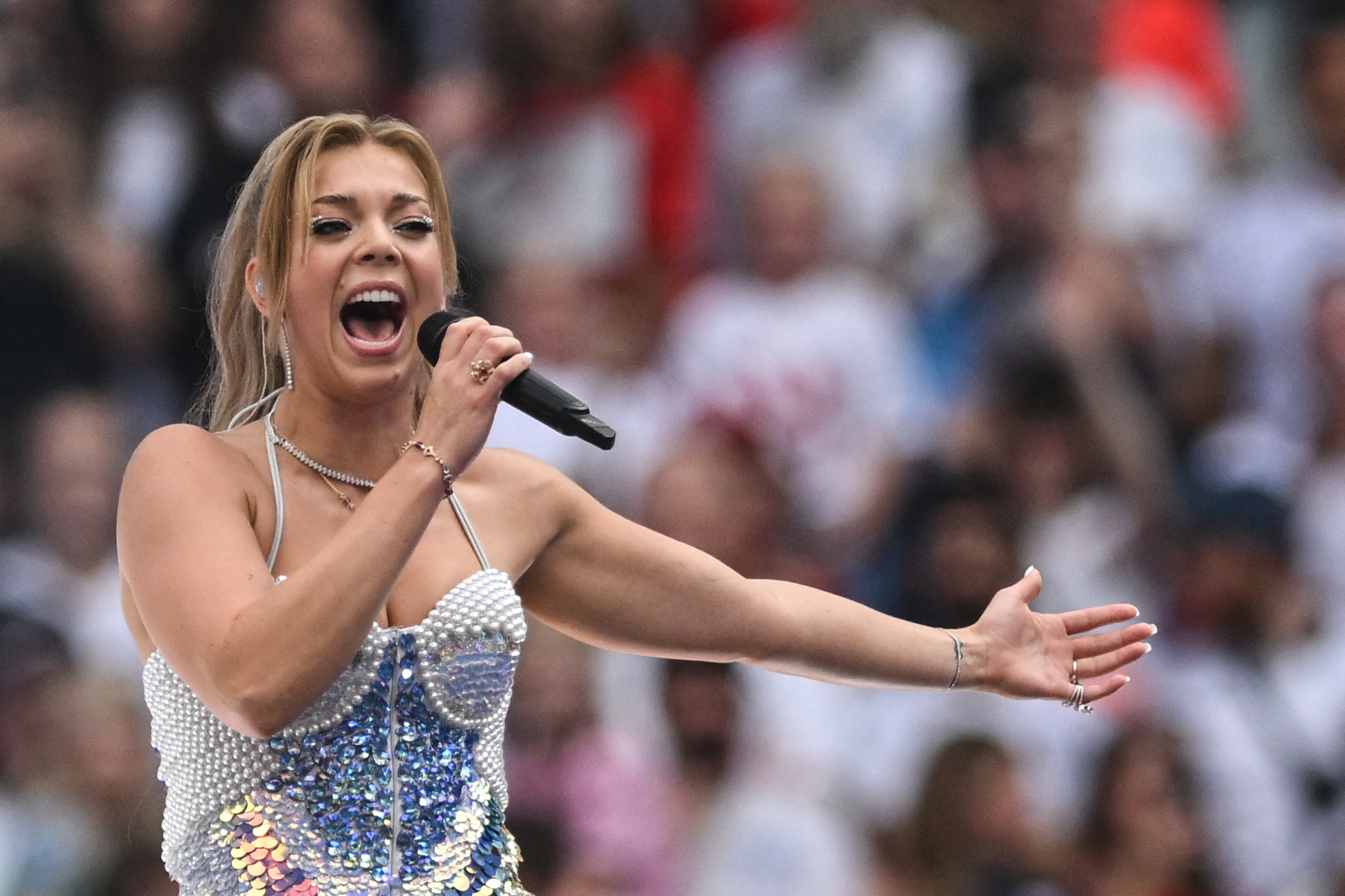 Becky Hill is taking no prisoners after her epic performance at the Euros final 2022, taking down people who have taken issue with her outfit.

The My Heart Goes hitmaker performed before the Lionesses roared their way to a sensational 2-1 win against Germany – and she might just be our good luck charm.

She sparkled for the occasion in a silver bodysuit and matching boots and, while many congratulated her on the performance, of course, a few had to take time out of their day to make it known they weren’t impressed.

After hitting back at a couple of trolls straight after the performance, she’s been hitting the nail on the head about women dressing exactly as they want to dress.

With one Twitter user telling her she was ‘sexualising’ herself, Becky responded: ‘Oh no! not me sexualising myself as a 28 year old woman! how dare i! who do i think i am! what kind of example am i setting for other girls! i should teach them that covering themselves up is the best & only thing they should do!!! i’m so sorry!’

The same user suggested that ‘girls need to see that they are more than just their bodies.’

Becky pointed out: ‘I showed girls that i was more than my body WITH MY VOICE. & MY SONGS. that i’ve written MYSELF. only YOU saw my body & nothing else. men do well at EVERYTHING because society is very kind to them, women don’t get the same standards but how could you even begin to understand.’

Becky had previously hit back at one user, urging people: ‘Be proud of your bodies! celebrate yourselves! show off your curves! cover up for no one & be confident! took me a long time to learn that & i wish i had role models like that growing up!

‘Thanks for having me today @Lionesses you’re doing us proud.’

The singer, who won big at the Brit Awards earlier this year, smashed her performance at Wembley before the big game, performing hits including My Heart Goes (La Di La), Remember and Free.

As if that wasn’t enough, she headed straight to Cork, Ireland, to perform at the Indiependence music festival straight afterwards. Icon behaviour!