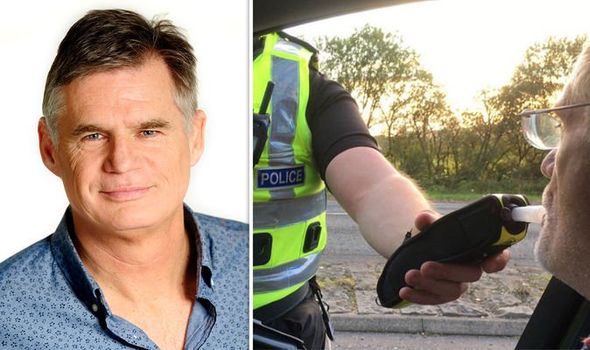 BBC Scotland host John Beattie, 62, took to Twitter to share a picture of him being breathalysed by police officers as he explained the mix-up. The presenter said a local resident had told police he had been drinking beer before getting back into his car to drive.

In view of his 32,000 followers, he wrote: “After an amazing holiday on Islay someone in Inveraray told the police I’d been drinking beer at the harbour last night before jumping back in my car again.

“They pulled me over blue lights etc on Loch Lomondside.”

John followed up his post with a picture of the police officers stood next to his car, alongside the caption: “The reading was zero.”

“I was using up an alcohol free bottle with excellent fish and chips,” he explained. 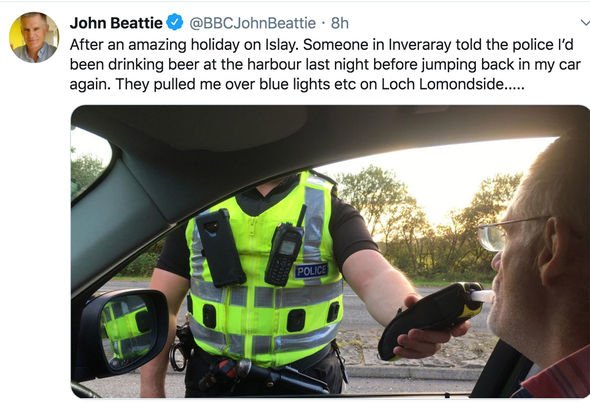 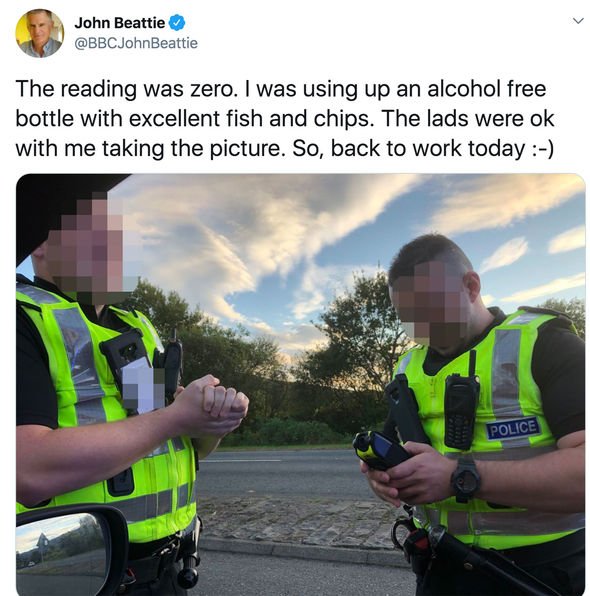 “The lads were ok with me taking the picture. So, back to work today.”

Many of his fans flocked to his post to comment, with one user writing: “Ugh. What a nasty thing to do.”

“Some sad people going about John,” a second commented.

A third penned: “All joking aside. Drink driving is still an issue across the world. 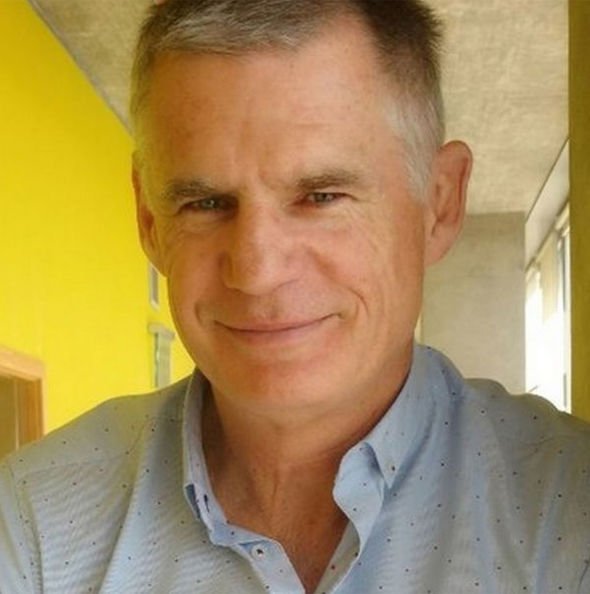 “Person did the correct thing, if they had thought it was alcohol you were drinking.

“Better 10mins inconvenience rather than another statistic. Appreciate you were not drinking though.”

Chief Superintendent Louise Blakelock, Head of Road Policing for Police Scotland, told Express.co.uk: “Drink and drug driving is a key factor in serious injury and fatal collisions and Police Scotland will continue to take appropriate action in response to reports from the public about suspected drunk drivers.”

Another rep for Police Scotland added: “He was allowed to go on his way as he was under the limit (which is lower than in England).”

The current limit is 50 milligrammes of alcohol in 100 millilitres of blood.

In England, Wales and Northern Ireland, the limit for drivers is 80 milligrammes of alcohol per 100 ml of blood.

Moving on from the mix-up, John shared a video of himself enjoying time on a beach in Islay today.

“By the way, Islay is the best Scottish island… fact,” he tweeted shortly before he uploaded a video of his surroundings.

He later tweeted his fans about their thoughts on pupils going back to school amid the coronavirus pandemic.

John wrote: “I wonder, having been away on Islay for a week, how is back to school going for all of you who are parents etc? Is it face coverings a go go? How’s spacing going?”

One user replied: “School returns fine but out of school club can’t open for another month which will cause issues for parents.”

Another asked John to look into face-to-face doctors’ appointments, which are currently being taken over the phone at many GP practices.