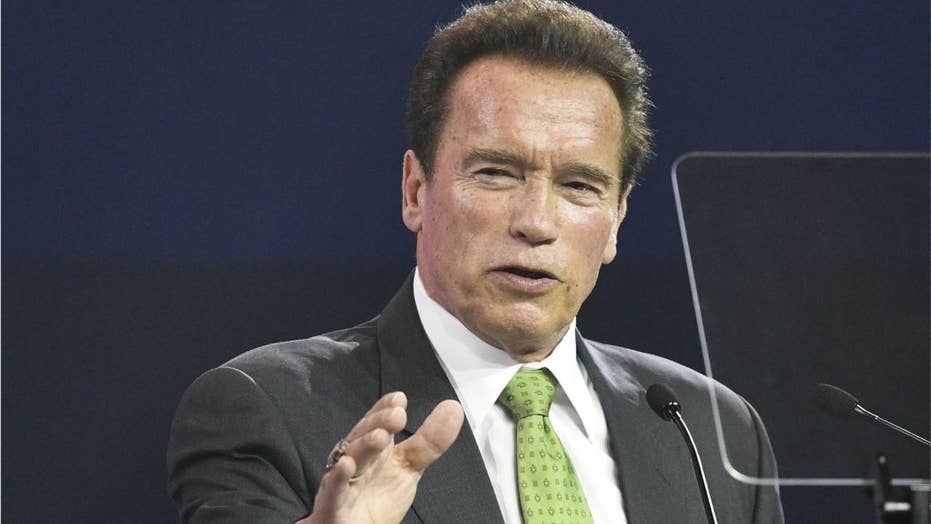 Former Governor and Hollywood actor Arnold Schwarzenegger admitted in a recent interview to ‘stepping over the line with women in the past.’ He also regrets calling his political opponents ‘girlie men.’

Arnold Schwarzenegger appears to have avoided serious injury after the 71-year-old former Governor of California was blindsided and dropkicked in the back while at an event in South Africa Saturday.

The "Terminator" actor is in Sandton, South Africa, for a sporting event called the Arnold Classic Africa, per The Sandton Chronicle.

In a video of the incident which emerged online, Schwarzenegger can be seen watching and videoing a jump-rope competition at the event at the Sandton Convention Centre in Johannesburg.

At one point, just as he appears to hand someone the cell phone he was using to take video, a man appears behind him, jumps and kicks him in the back, sending Schwarzenegger sprawling to the ground. The man was promptly detained by security and dragged away.

Later on, the video shows Schwarzenegger, who appears to be unharmed, leaving the convention center.

"Thanks for your concerns, but there is nothing to worry about. I thought I was just jostled by the crowd, which happens a lot. I only realized I was kicked when I saw the video like all of you. I’m just glad the idiot didn’t interrupt my Snapchat," he wrote.