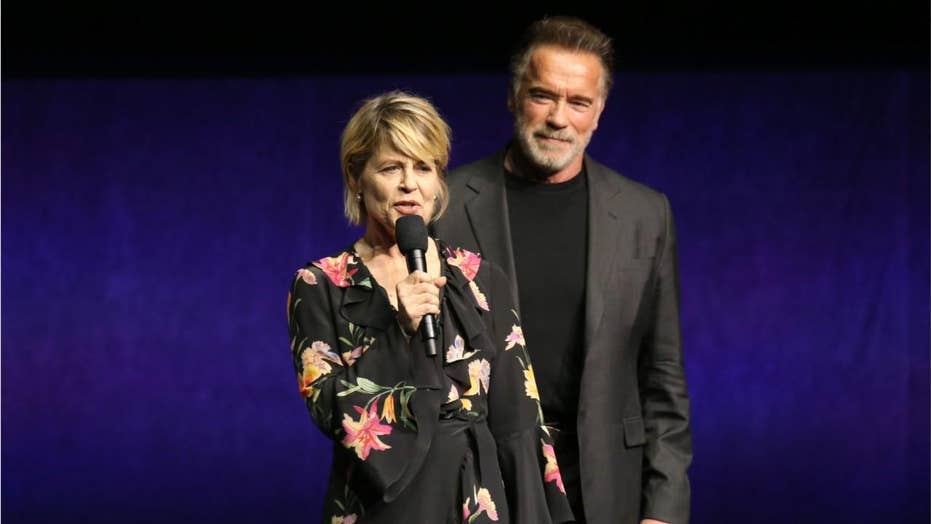 Arnold Schwarzenegger isn't just a bodybuilding and movie legend. He also is, according to son Patrick, one heck of a dad.

“My vision was to create great kids,” the 71-year-old former governor of California told GQ Germany. “What I’m proud of is that I could kind of show him the way and he knew that he has all the help in the world from me at any given time, but that he had to do the work also.”

Patrick, 25, said that the "Terminator" star inspired all of his kids (Christopher, 21, Katherine, 29, and Christina, 27, with Maria Shriver, and 21-year-old son Joseph Baena by his former housekeeper) to follow their passions and work hard to achieve success as he had.

“It’s not just father-son or friend [relationship,] but an amazing experience to get to learn first-handedly [sic] from him — see him not just as a father, but as a mentor and someone I can learn from and grow,” Patrick said of his proud papa.

In April, Patrick revealed that Arnold inspired him to stop using marijuana.

“FUN STORY: Few years ago (4 exactly) showed up lil high to Easter brunch… classic. My old man asked why… said 'I dunno makes thing more fun,'" Patrick recalled. “He replied 'how much more fun do you need to have, life is so good. I’m high on life. I never want anything that would take me out of my current life. Being high on life is better then [sic] anything else.' Haven’t smoked since then… just HIGH ON LIFE NOW! Happy & healthy & can’t thank god enough to see another day!'”