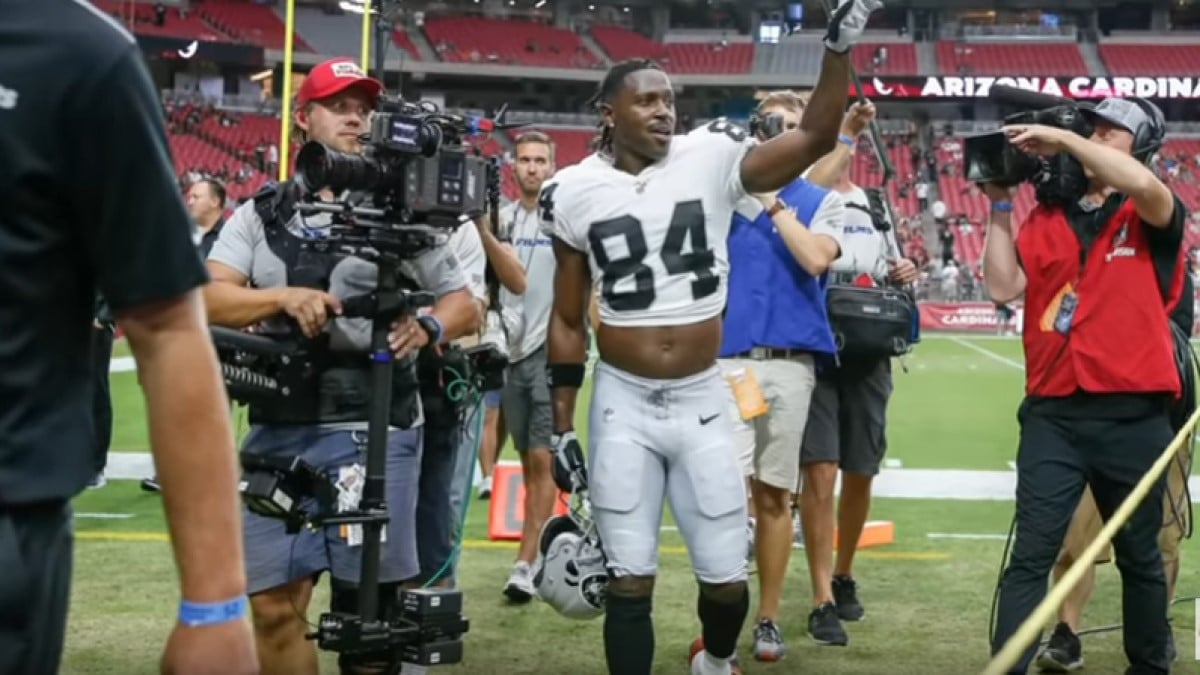 Antonio Brown has been signed by the New England Patriots. The drama continues for fantasy football owners, but at least he has moved on quickly from the bad situation with the Oakland Raiders.

Early on Saturday, Brown was released by the Raiders. This came after the All-Pro receiver requested that the team release him. It continued a week of drama about whether or not he would play in Week 1 against the Denver Broncos.

Now, NFL analyst Adam Schefter has reported that the Pats have signed Brown. This was a joke that was all over social media, with many fans using memes of Patriots coach Bill Belichick shown on the phone.

Welp. It turns out that the jokes were just foreshadowing what was to come.

Not all the details of the deal have been released yet, but it appears that Brown has agreed to a one-year deal worth up to $15 million for the 2019 NFL season. It reportedly comes with a $9 million signing bonus just to join the Pats.

That’s a huge payday for a player to receive after the season has already started, suggesting that the Pats may need to make some other roster moves to deal with salary cap implications. But the bottom line is that future Hall of Fame quarterback Tom Brady just got the best weapon he has had to worth with since Randy Moss was his teammate.

What should fantasy football owners do with Antonio Brown?

The summary here is that Brown is not eligible to play for the Patriots against the Pittsburgh Steelers in Week 1. This means that his first game for the Pats would likely come against the Miami Dolphins in Week 2. That should allow him enough time to become familiar with a new playbook.