Former GMTV presenter Anthea Turner, 60, has apologised after a “clumsy” cartoon she shared sparked a furious Twitter row. The TV star earlier went on a Covid rant which saw social media users accuse her of “shaming disabled people”, but she has since offered an apology and taken down the offending posts.

Totally apologise that the cartoon is clumsy

In light of the backlash she received in response – which she labelled as “interesting comments” – the former Blue Peter host took to the social media platform to issue an apology.

She wrote: “Totally apologies that the cartoon is clumsy – I’ll take the rollicking on the chin.

“But this was never directed at people clinically ill who need our support.”

Anthea continued claiming that her message behind the “awful” posts was well-intentioned. 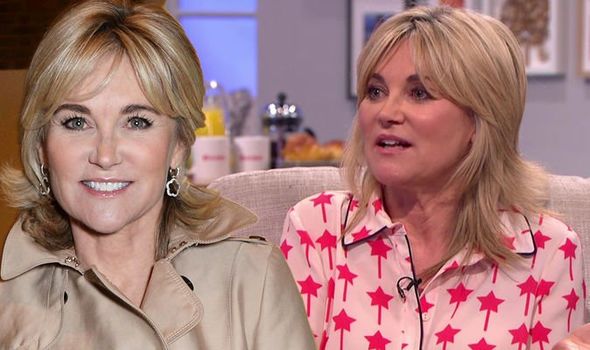 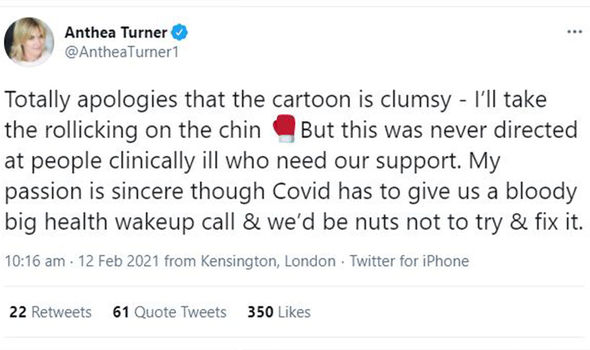 “My passion is sincere though Covid has to give us a bl**dy big health wakeup call & we’d be nuts not to try & fix it.”

However her followers continued to hold her to account for her earlier remarks.

One said: “The cartoon was offensive not just clumsy… clumsy is knocking over a vase not the same as what that picture told.”

Another added: “The cartoon wasn’t clumsy it was offensive, it was mocking a person in a wheelchair. Your non-apology is clumsy.”

However, some fans supported the presenter’s post. One tweet read: “The picture told truths. If you can’t handle it stay of the internet..

Another said: “That cartoon is brilliant and illustrates the hysteria perfectly. Don’t apologise.” 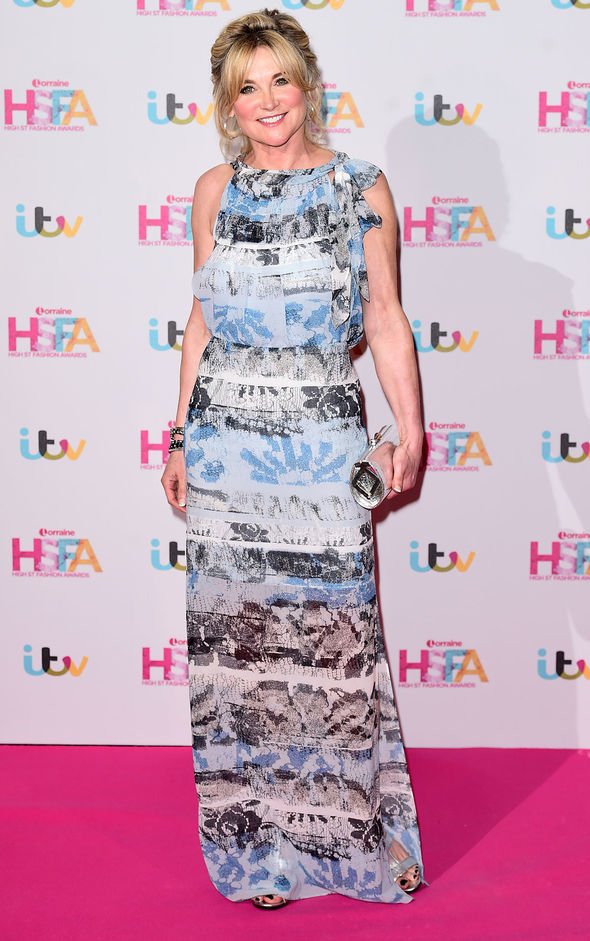 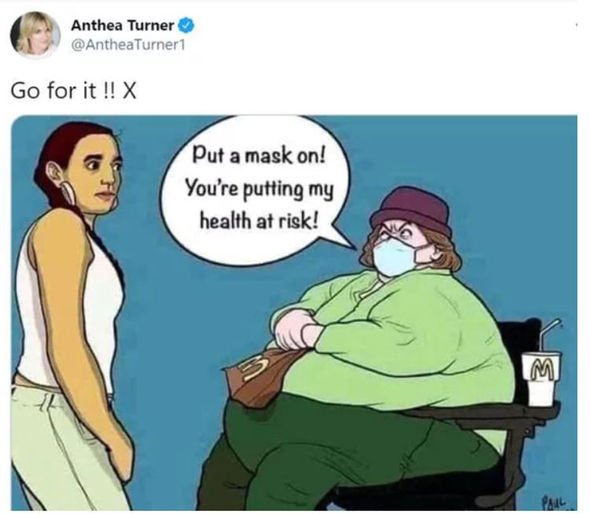 Earlier, Anthea shared a cartoon image of an overweight woman in a wheelchair, holding a fast food bag, warning another female: “Put a mask on! You’re putting my health at risk.”

Anthea then tweeted: “I’m incensed by the selfish attitudes of people who can’t see we actually are ‘all in this together’ & wilful destruction has an impact on us all especially those with other illnesses pushed down the line & charities who are missing out on funding.

“We have to take responsibility.”

She added: “If the government put half the amount of money into health as they have in locking us up, we wouldn’t be in this mess. Keep McDonald’s open and close gyms many council run and open air – Great.”

But the former GMTV presenter’s post sparked fury among social media users, who were quick to hit back at her claims.

Good Morning Britain host Piers Morgan shared his disbelief, tweeting: “What the hell is this? Have you lost your mind, Anthea? Just despicable.”

One wrote: “What an awful thing to post, shameful.”

Another commented: “I wondered what the point of this was. The lady in the wheelchair is speaking truth, that an unmasked person is putting their life at risk.

“Then I realised that actually you’re shaming a disabled person. Great job, how lovely of you. I hope you feel really proud of yourself.”

Anthea has previously responded to talkRadio presenter Julia Hartley-Brewer’s comment, after Professor John Edmunds warned that face masks may be in place forever.

Julia wrote: “I am more than happy for Professor John Edmunds to wear a face mask until the end of time if he so wishes. Or two masks if he prefers. Or a gimp mask if he feels that’s more his kind of thing.

“But the rest of us won’t be playing along with this madness for much longer.”

Anthea retweeted the post and penned: “Goddess,” followed by a boxing glove emoji and a kiss.