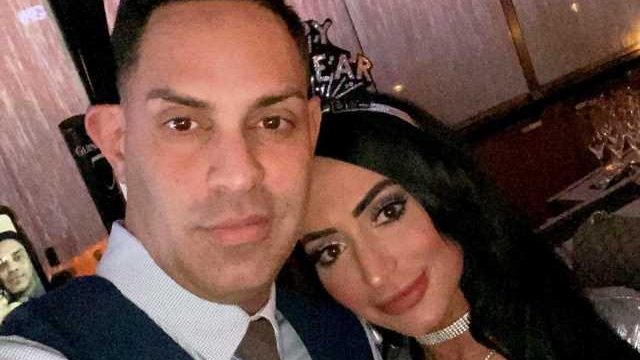 The ‘Jersey Shore’ couple, who tied the knot in 2019, previously sparked split rumors when he talked on social media that he wanted to get his hamster tattoo, which was in honor of Angelina, removed.

AceShowbiz –Angelina Pivarnick appears to fuel rumors that there’s trouble in paradise between her and husband Chris Larangeira. In a new episode of “Jersey Shore: Family Vacation” that aired on Thursday, June 3, Angelina revealed that she and Chris didn’t have a passionate sex life despite having been married for almost 2 years.

Angelina admitted that both of them were in the wrong, though she claimed that Chris had a problem in owning up to his mistakes. “I’m not perfect by any means,” she shared. “I’m not the most perfect wife ever. I yell at him, I’ll belittle him sometimes. I feel like we’re both wrong. But see how I’m admitting it to you? He won’t ever admit that he’s wrong.”

In a confessional, the 34-year-old MTV personality further explained, “Our sex life is nonexistent at this point and honestly, I don’t know if we can get the spark back in our relationship. And that’s not a good thing.”

Angelina and Chris, who tied the knot in 2019, sparked split rumors when he talked on social media that he wanted to get his hamster tattoo, which was in honor of Angelina, removed. The couple was later confronted by Vinny Guadagnino over the rumors during a Zoom call.

“So you’re not divorced?” Vinny asked, to which Chris replied, “Hold on, let me check my hand. Yeah, the ring is on today. We’re good.” Angelina, however, interjected, “He’s moved out, like, six times.” Chris begged to differ, saying, “Not moved out, but I slept at my mother’s house a couple of times.”

The two continued to bicker throughout the Zoom conversation, though it was unknown whether they were serious or just joking around. Vinny was convinced that the couple had issues when Chris didn’t join them for another cast Zoom call prior to Christmas.

“I don’t know what’s going on between Angelina and Chris, but it’s kind of weird that he’s not around and she’s acting like it’s nothing,” Vinny said. “And, you know what? Maybe it is nothing. I can’t keep up with this s**t.”