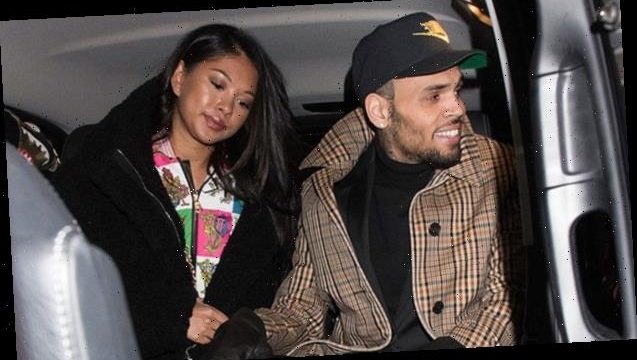 Chris Brown’s son Aeko is growing up so quickly! In a video posted by the bub’s mom Ammika Harris, he struggles to keep his eyes open while fighting to stay awake.

Chris Brown‘s mini-me son Aeko is a big mood! The tiny tot, who is quarantined on the other side of the world with his mom Ammika Harris, is already eight months old and is growing so quickly. His 27-year-old mom took to Instagram on July 24 to share an adorable clip of Aeko struggling to keep his eyes open. “FOCUSED. (We are fighting our sleep again..),” the model captioned the black and white clip.

FOCUSED. (We are fighting our sleep again..)

Aeko, who is already taking after his dad with a head of curly hair, wore a black tee in the clip, while the Prada logo was watermarked on top of the footage. “Lil breezy,” one fan commented, noting how much he looked like his R&B singer dad. “He’s got his daddy’s eyes,” a second follower wrote.

Earlier in the week, we reported that Ammika “would love” for her and little Aeko to reunite with his dad in the US, but have decided to wait until it’s safe to make the international flight. A source close to the proud parents talked exclusively with HollywoodLife and explained that although Ammika is allowed to travel to the US, she and Chris are not willing to risk the “well-being” of their newborn due to the COVID-19 pandemic.

“Ammika would love nothing more than for her and Aeko to be reunited with Chris,” the insider said. “But their main priority as parents is the safety and well-being of their baby. Chris is not allowed to fly to Germany due to the current travel restrictions which does not allow US citizens to fly to Germany.” Due to current restrictions which ban US citizens from traveling to Germany, Chris has been unable to visit his son and Ammika.

However, Ammika would be allowed to travel to the US due to an exemption in the Presidential Proclamation which was set in place by Donald Trump in March. Since Ammika is the “parent or legal guardian of a U.S. citizen” that is “under the age of 21”, she could make the international flight.