In a new Instagram photo, the model daughter of ‘The Real Housewives of Beverly Hills’ star Lisa Rinna can be seen rocking a diamond necklace that spells out ‘Lord’ in block letters.

AceShowbiz –Amelia Hamlin is literally keeping her boyfriend Scott Disick close to heart. On Tuesday, August 10, the 20-year-old model took to her Instagram account to share a picture of her new diamond necklace that is specially made in honor of the reality TV star.

In the said photo, Amelia could be seen rocking a diamond necklace that spelled out “Lord” in block letters. “Let the lord be with me,” she cheekily wrote over the picture. The new jewelry was clearly referring to Scott, who refers to himself as Lord Disick. 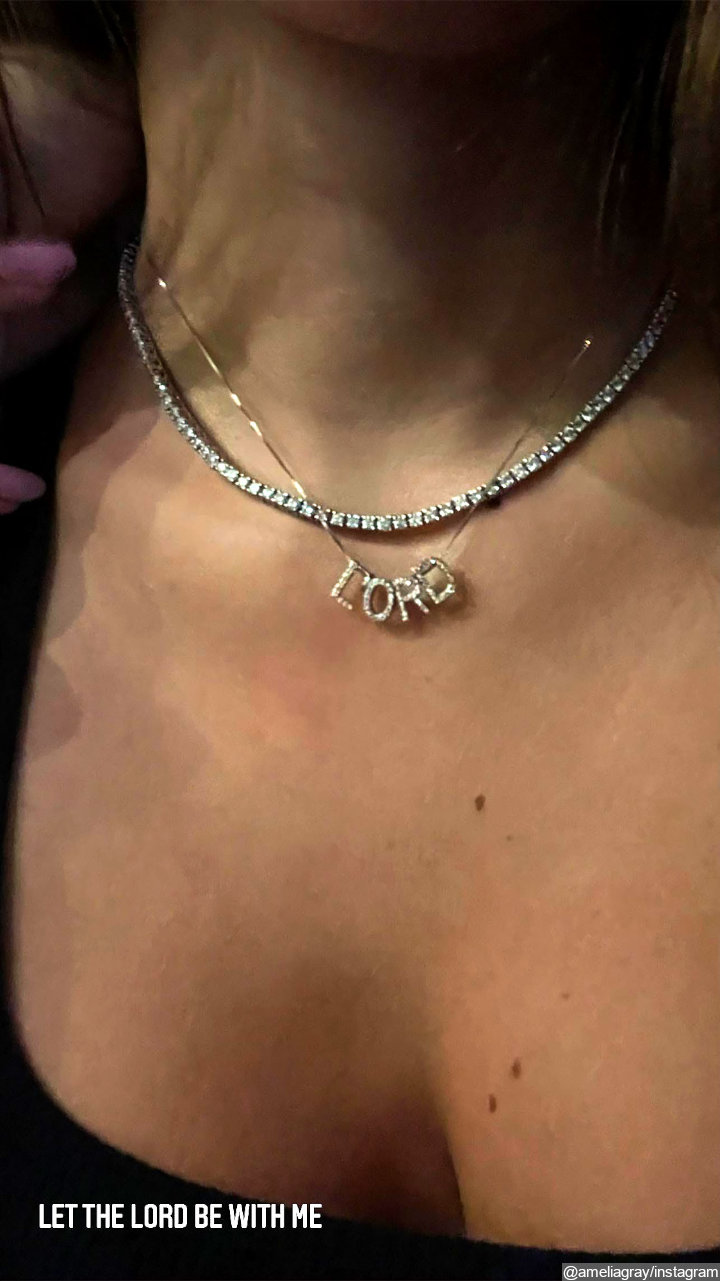 This is hardly the first time for Amelia to pay tribute to the “Keeping Up with the Kardashians” alum. Back in April, the Boux Avenue ambassador shared on Instagram stories a snap of her new beaded bracelets from “The Bachelor” alum Corinne Olympios‘ jewelry company Aura Sugar Co. At the time, Amelia wore a handful of colorful stacks from the brand. Among them was a rainbow one that had “SCOTT” beaded across the front.

The new sparkly tribute arrived after the daughter of “The Real Housewives of Beverly Hills” star Lisa Rinna and Harry Hamlin enjoyed a boat trip in the Hamptons with the former “Flip It Like Disick” star . At the time, he treated his followers to a PDA-filled snap from the trip featuring them cozying up to his girlfriend while wearing matching gray sweatshirts. The couple also looked comfortable in each other’s embrace as they were wrapped in a wool Hermes blanket.

The pair, who first sparked dating rumors in October 2020, made their relationship Instagram official during Valentine’s Day weekend. A source claimed to PEOPLE in March that they were “getting serious” with their relationship despite criticism over their 18-year age gap, noting, “She grew up in the industry and knows how all this works. It’s a different type of maturity, and they really don’t feel the age difference.”